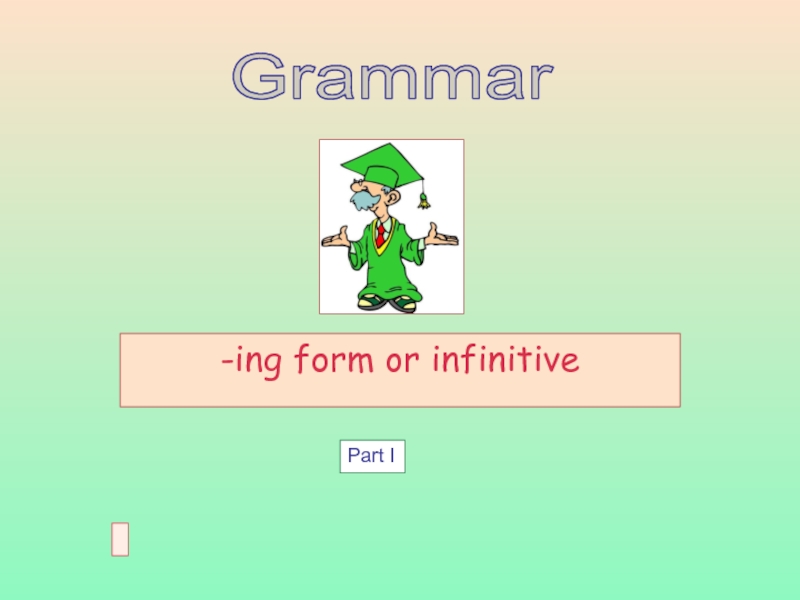 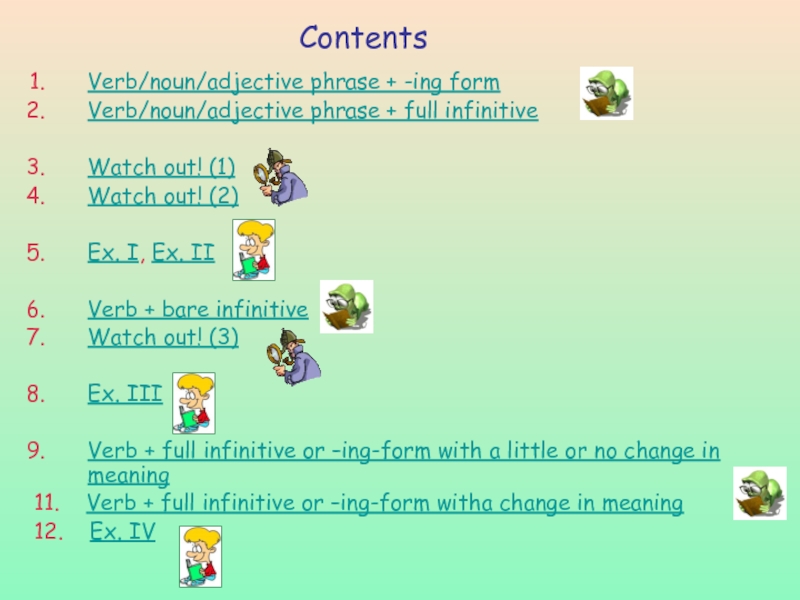 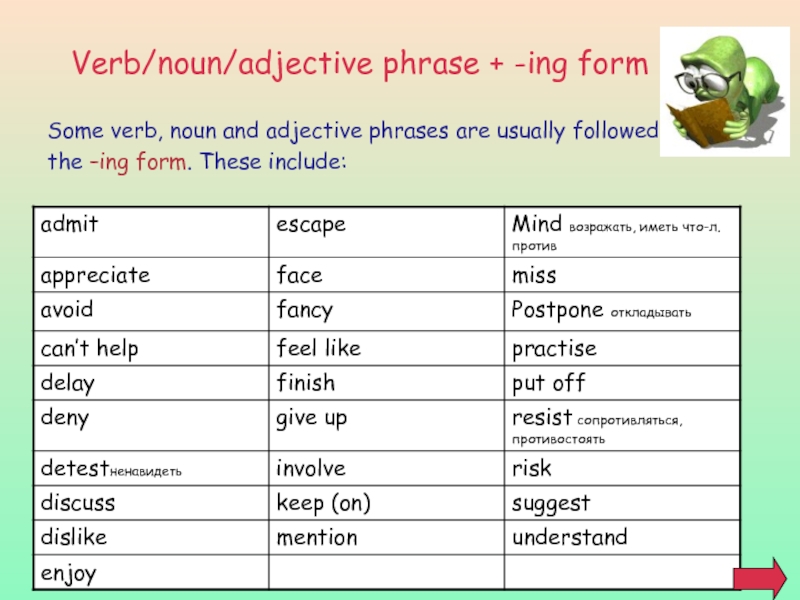 Some verb, noun and adjective phrases are usually followed by
the –ing form. These include: 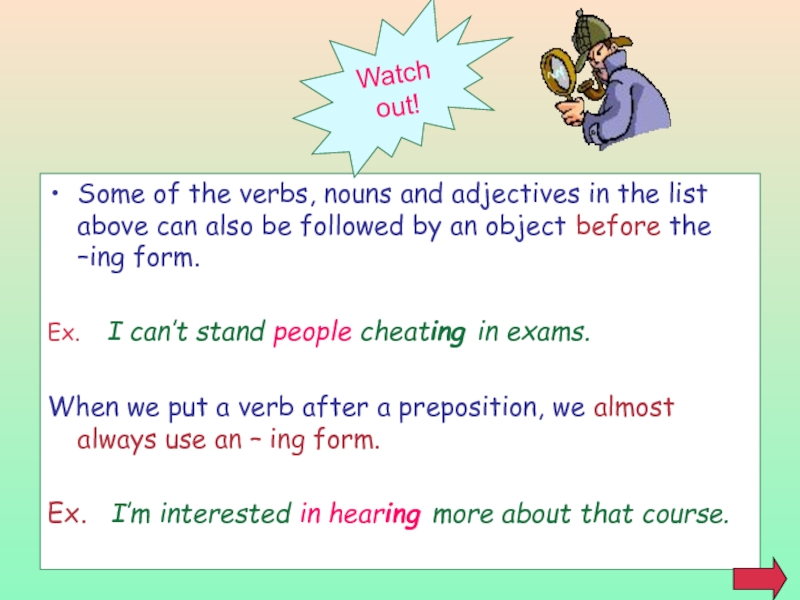 Some of the verbs, nouns and adjectives in the list above can also be followed by an object before the –ing form.

When we put a verb after a preposition, we almost always use an – ing form.

Ex. I’m interested in hearing more about that course. 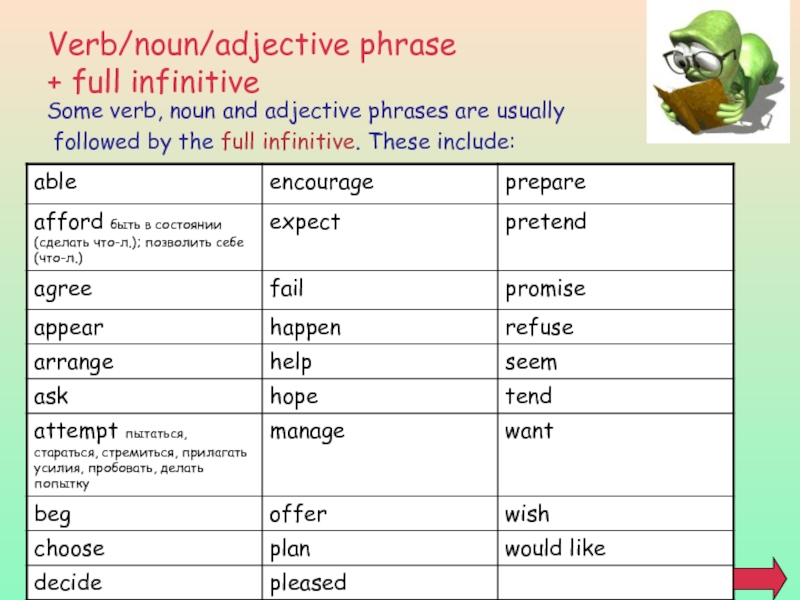 Some verb, noun and adjective phrases are usually
followed by the full infinitive. These include: 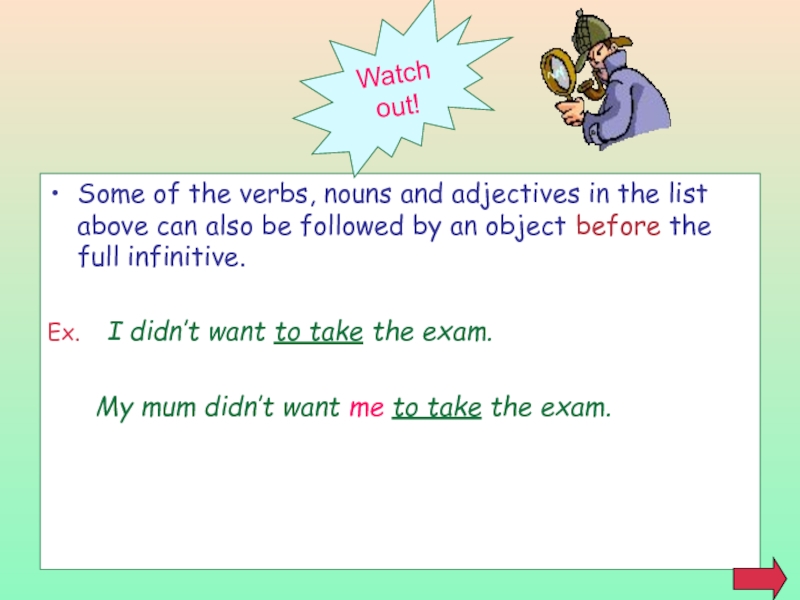 Some of the verbs, nouns and adjectives in the list above can also be followed by an object before the full infinitive.

Ex. I didn’t want to take the exam.

My mum didn’t want me to take the exam. 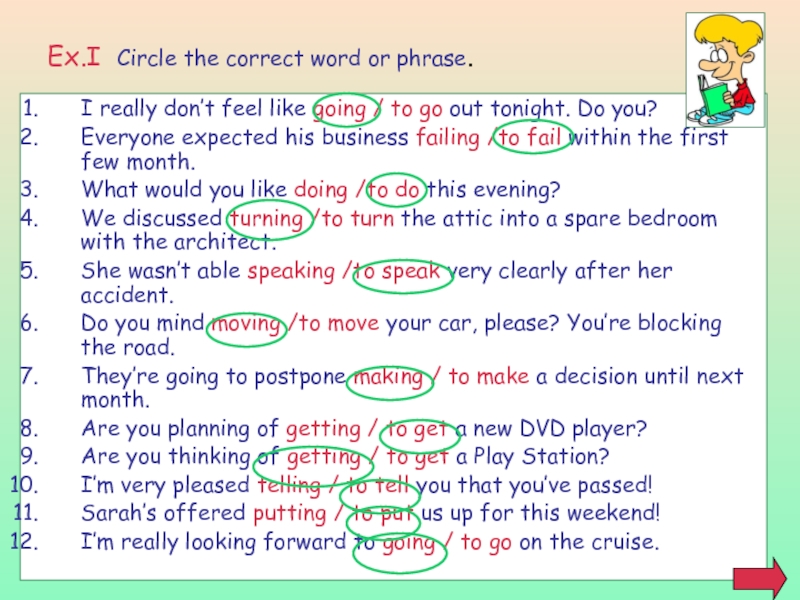 I really don’t feel like going / to go out tonight. Do you?
Everyone expected his business failing /to fail within the first few month.
What would you like doing /to do this evening?
We discussed turning /to turn the attic into a spare bedroom with the architect.
She wasn’t able speaking /to speak very clearly after her accident.
Do you mind moving /to move your car, please? You’re blocking the road.
They’re going to postpone making / to make a decision until next month.
Are you planning of getting / to get a new DVD player?
Are you thinking of getting / to get a Play Station?
I’m very pleased telling / to tell you that you’ve passed!
Sarah’s offered putting / to put us up for this weekend!
I’m really looking forward to going / to go on the cruise. 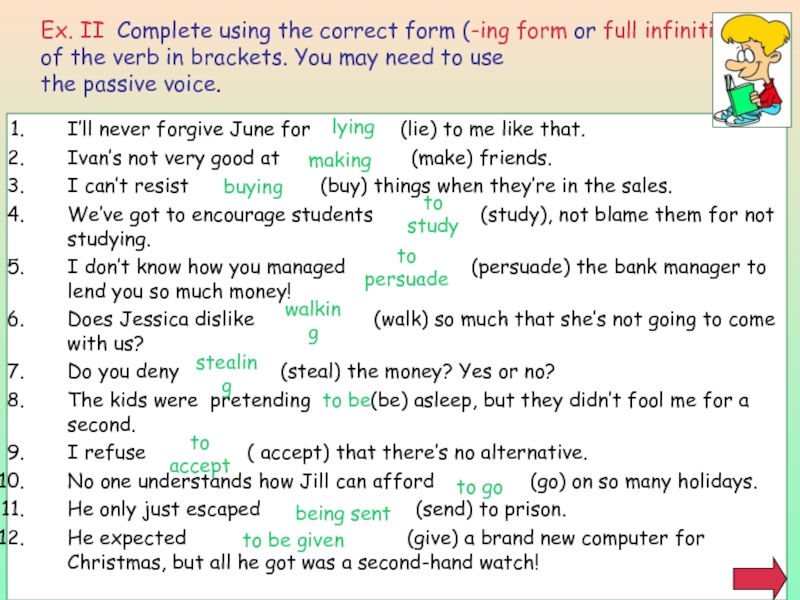 Ex. II Complete using the correct form (-ing form or full infinitive) of the verb in brackets. You may need to use the passive voice.

I’ll never forgive June for (lie) to me like that.
Ivan’s not very good at (make) friends.
I can’t resist (buy) things when they’re in the sales.
We’ve got to encourage students (study), not blame them for not studying.
I don’t know how you managed (persuade) the bank manager to lend you so much money!
Does Jessica dislike (walk) so much that she’s not going to come with us?
Do you deny (steal) the money? Yes or no?
The kids were pretending (be) asleep, but they didn’t fool me for a second.
I refuse ( accept) that there’s no alternative.
No one understands how Jill can afford (go) on so many holidays.
He only just escaped (send) to prison.
He expected (give) a brand new computer for Christmas, but all he got was a second-hand watch! 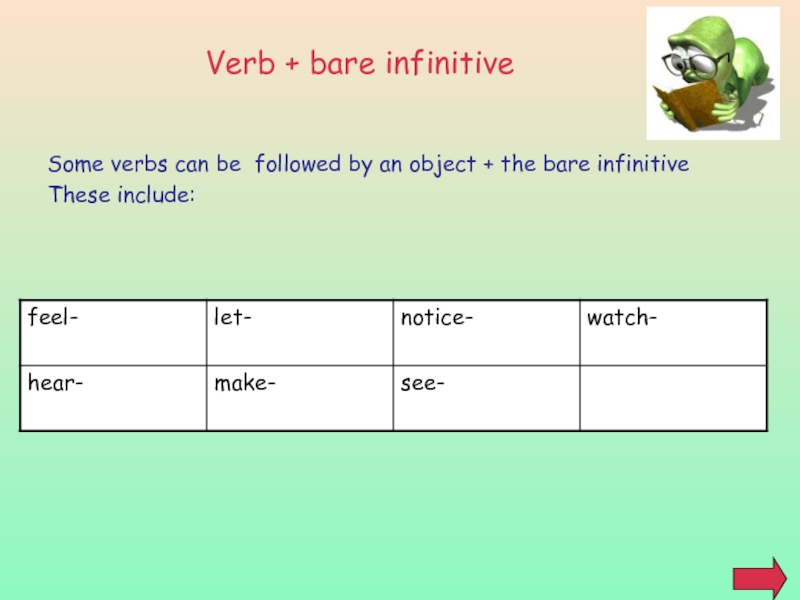 Some verbs can be followed by an object + the bare infinitive
These include: 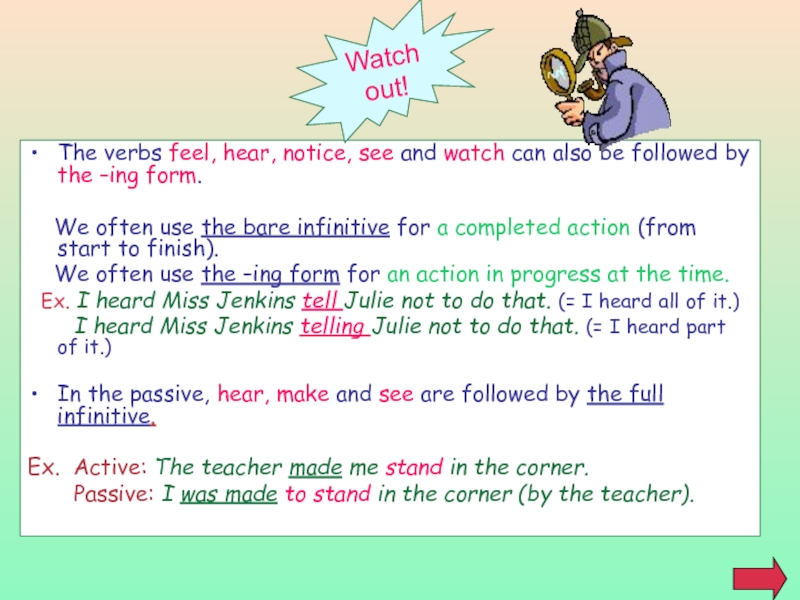 The verbs feel, hear, notice, see and watch can also be followed by the –ing form.

In the passive, hear, make and see are followed by the full infinitive. 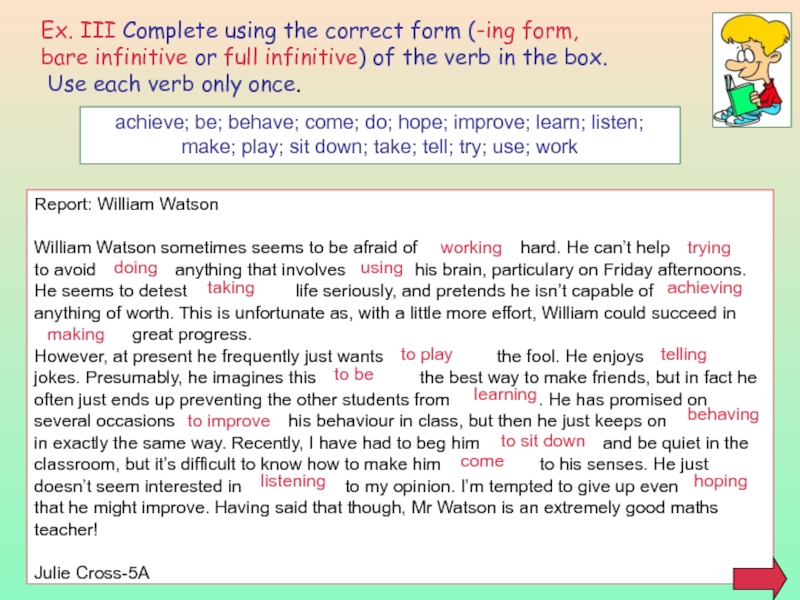 Ex. III Complete using the correct form (-ing form, bare infinitive or full infinitive) of the verb in the box. Use each verb only once.

William Watson sometimes seems to be afraid of hard. He can’t help
to avoid anything that involves his brain, particulary on Friday afternoons. He seems to detest life seriously, and pretends he isn’t capable of anything of worth. This is unfortunate as, with a little more effort, William could succeed in
great progress.
However, at present he frequently just wants the fool. He enjoys jokes. Presumably, he imagines this the best way to make friends, but in fact he often just ends up preventing the other students from . He has promised on several occasions his behaviour in class, but then he just keeps on in exactly the same way. Recently, I have had to beg him and be quiet in the classroom, but it’s difficult to know how to make him to his senses. He just doesn’t seem interested in to my opinion. I’m tempted to give up even that he might improve. Having said that though, Mr Watson is an extremely good maths teacher! 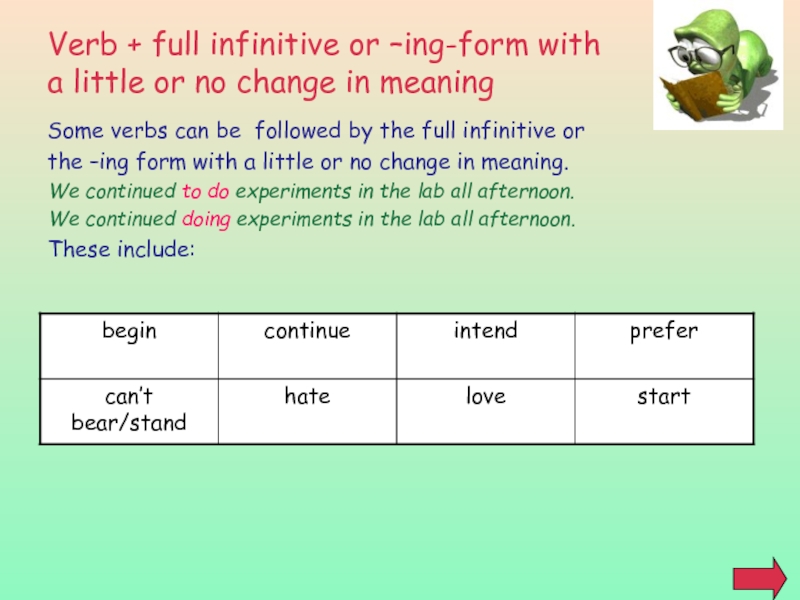 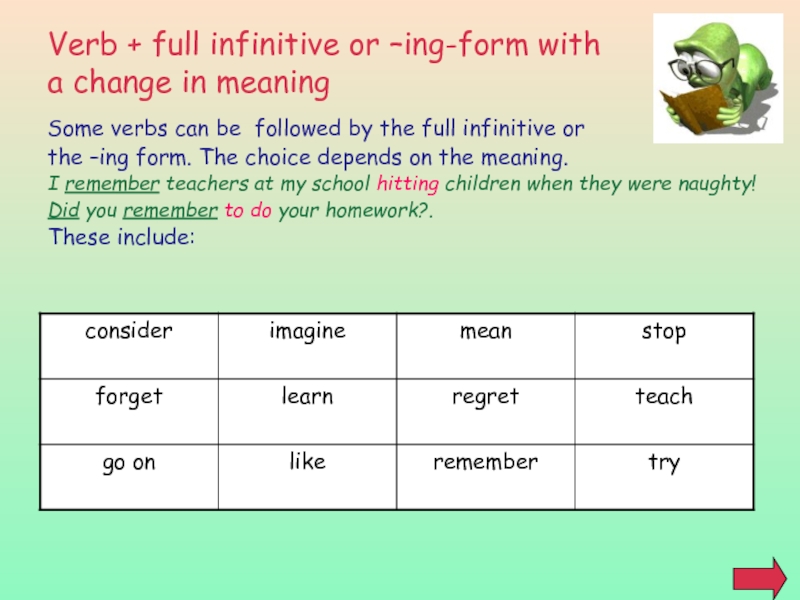 Verb + full infinitive or –ing-form with a change in meaning

Some verbs can be followed by the full infinitive or
the –ing form. The choice depends on the meaning.
I remember teachers at my school hitting children when they were naughty!
Did you remember to do your homework?.
These include: 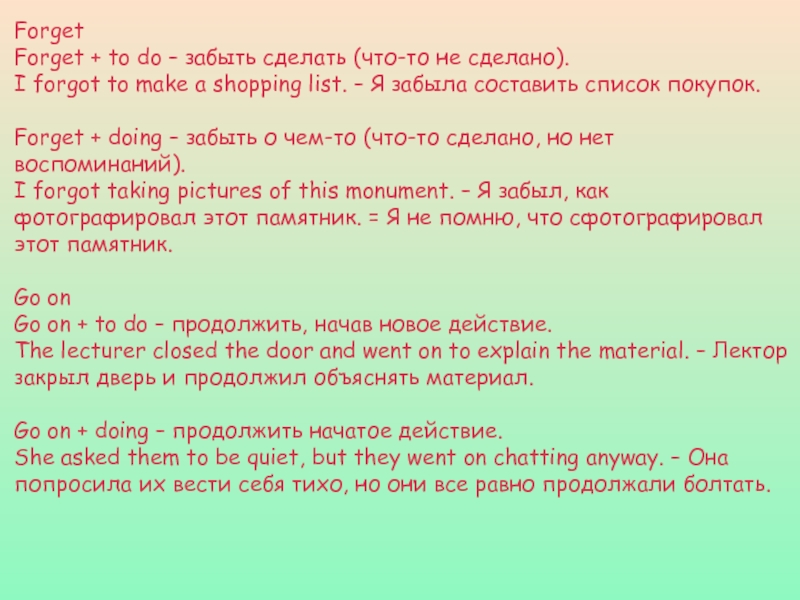 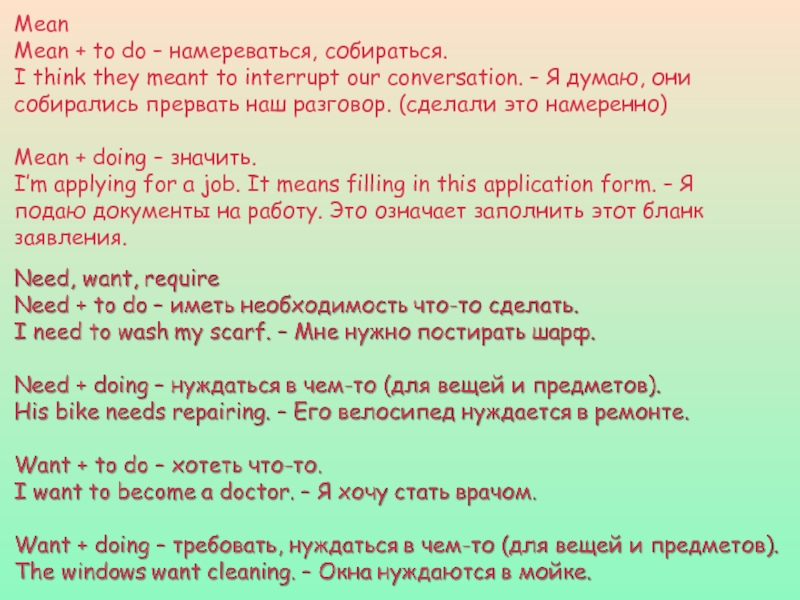 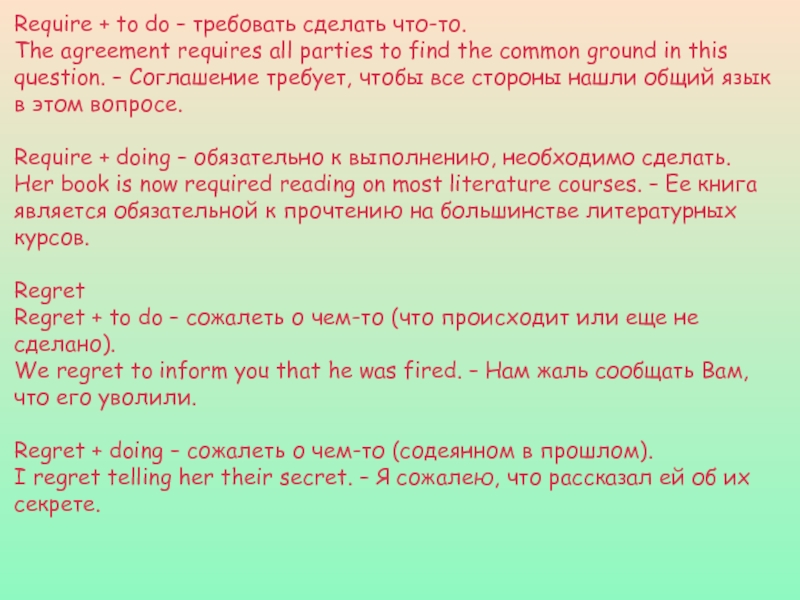 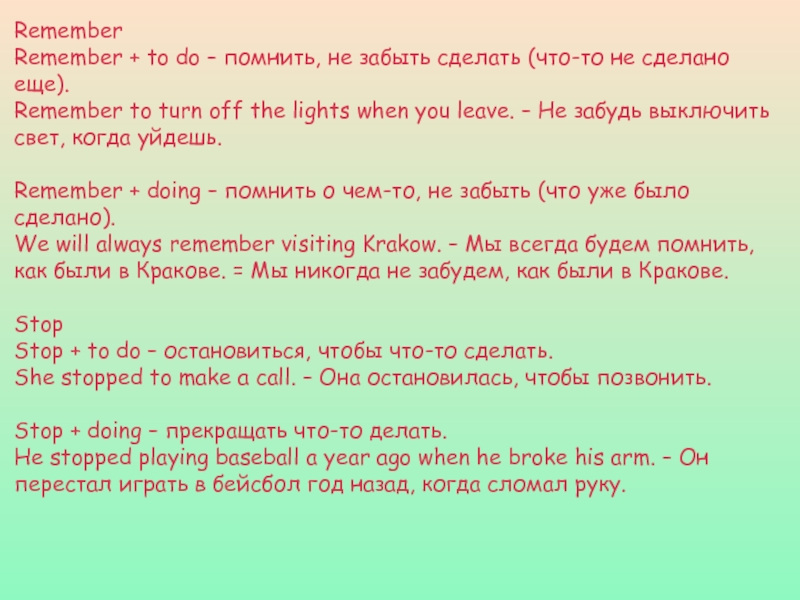 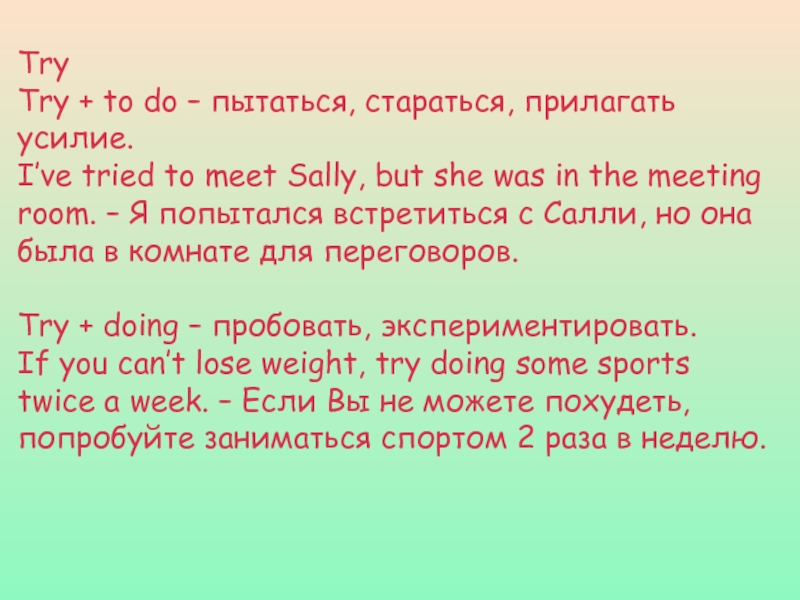 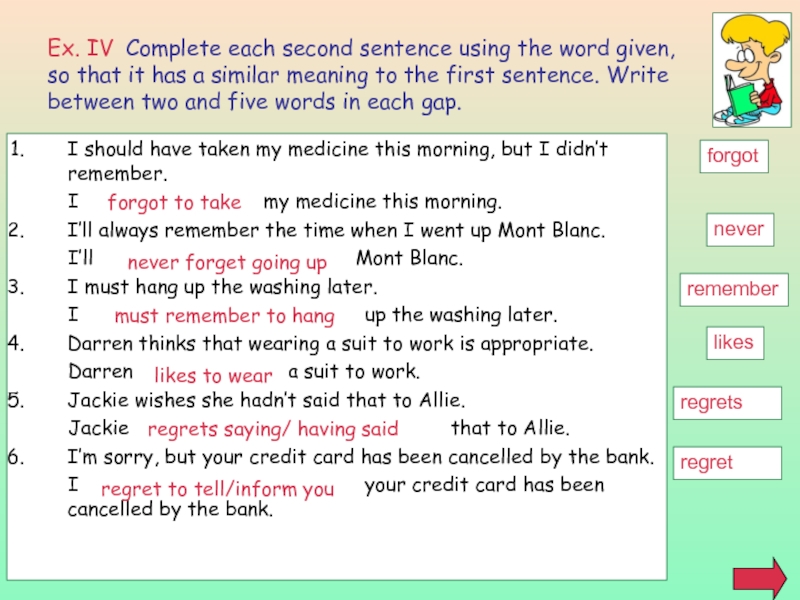 Ex. IV Complete each second sentence using the word given, so that it has a similar meaning to the first sentence. Write between two and five words in each gap.

must remember to hang 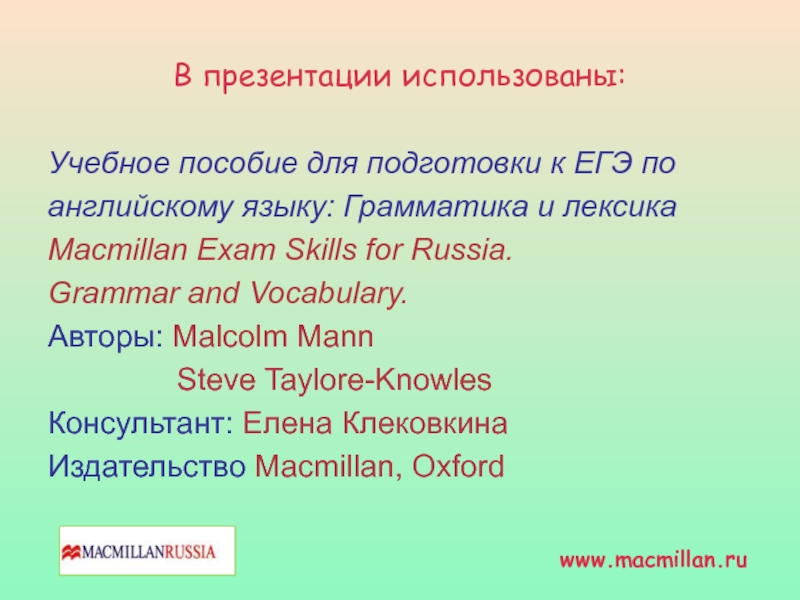 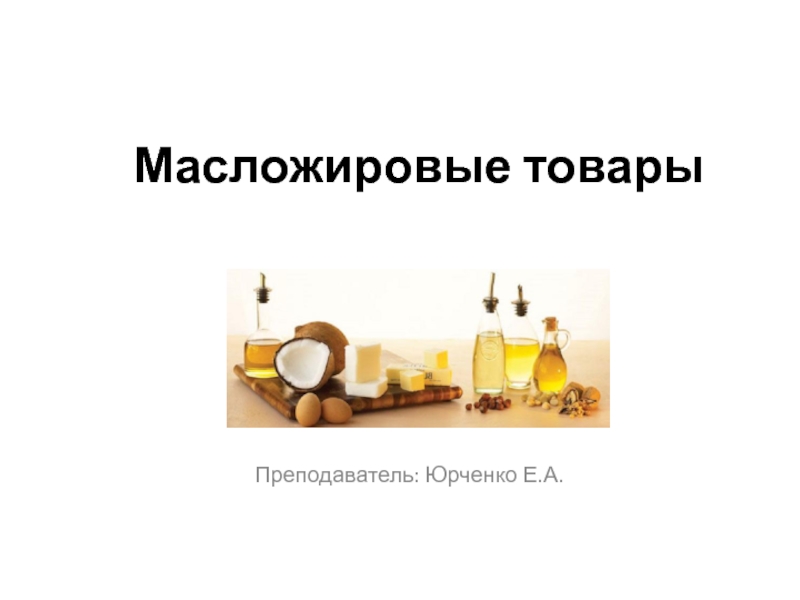 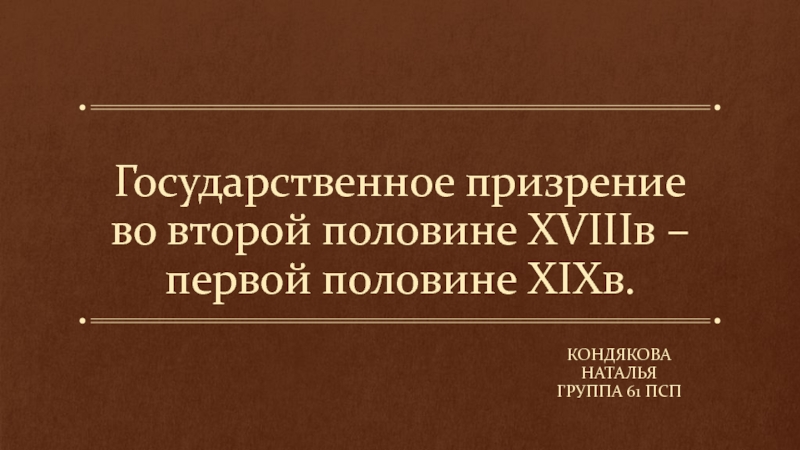 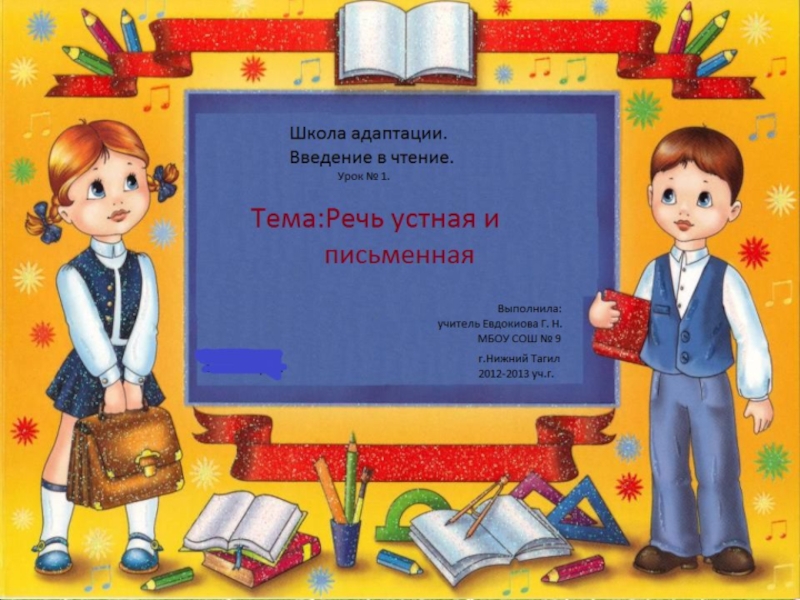 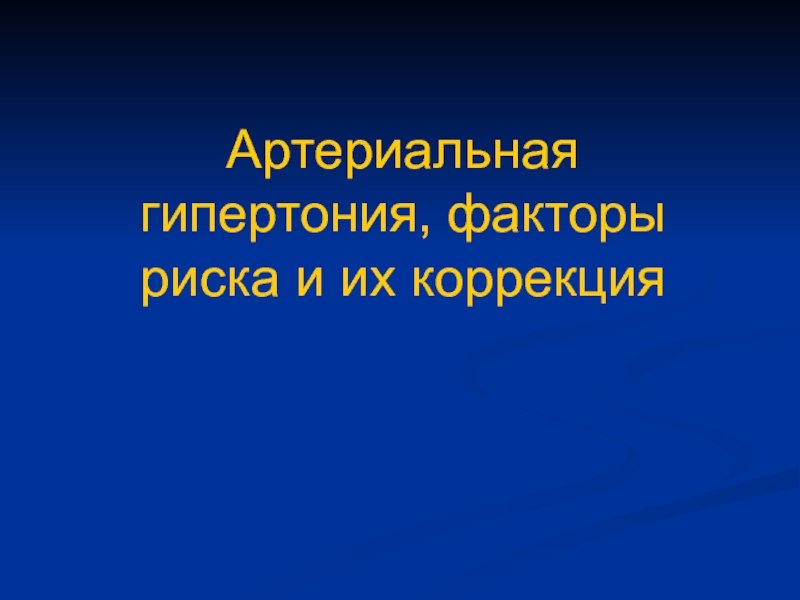 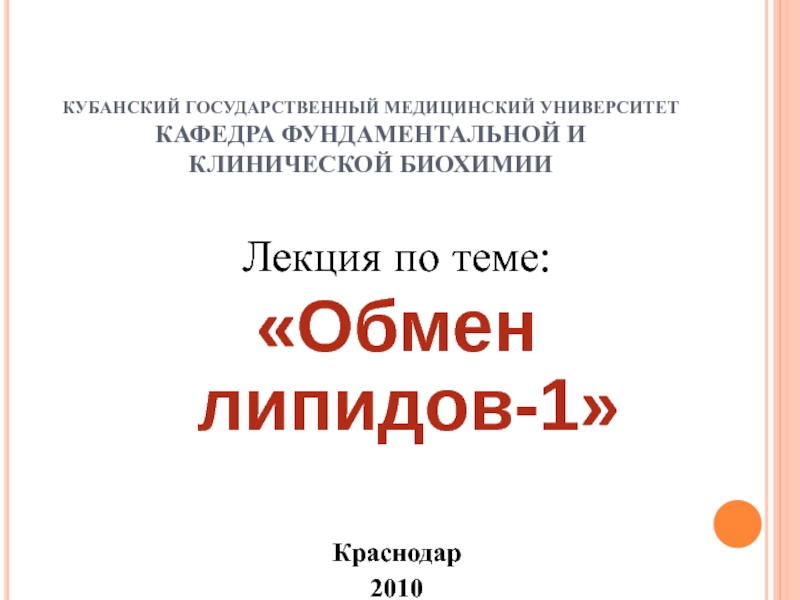 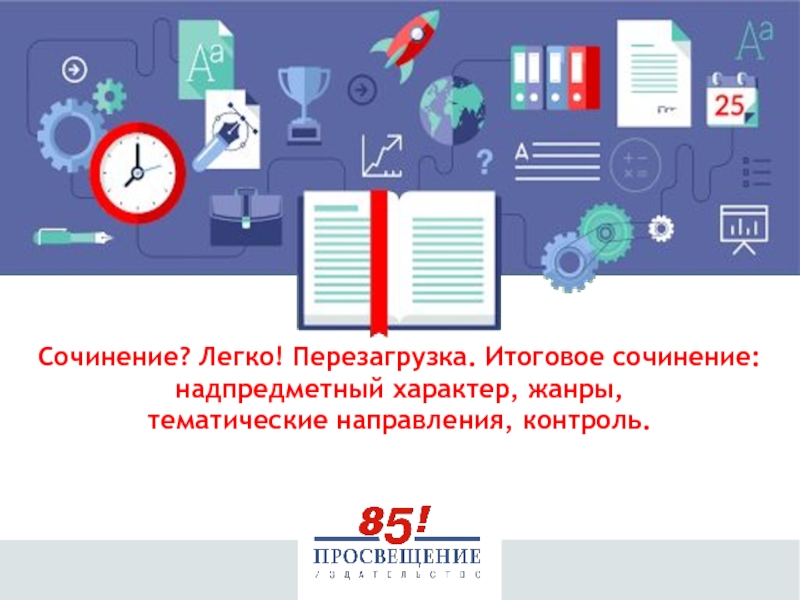