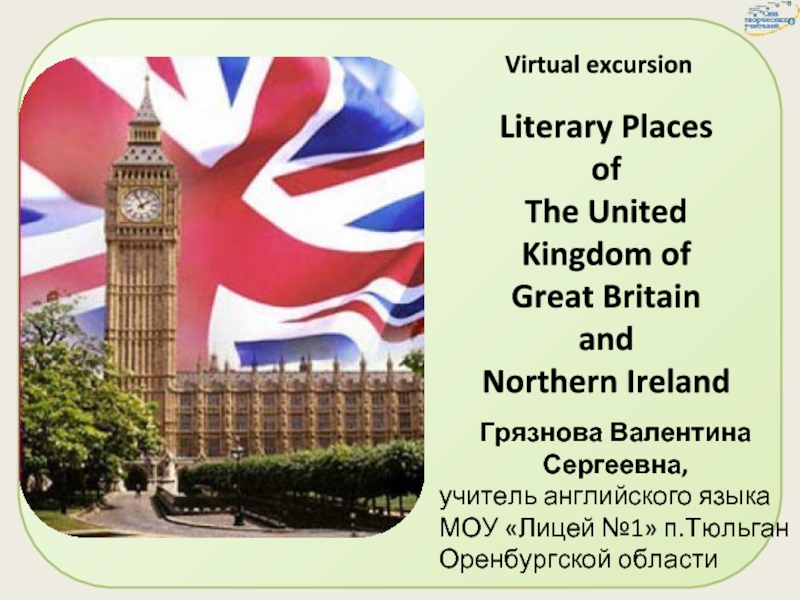 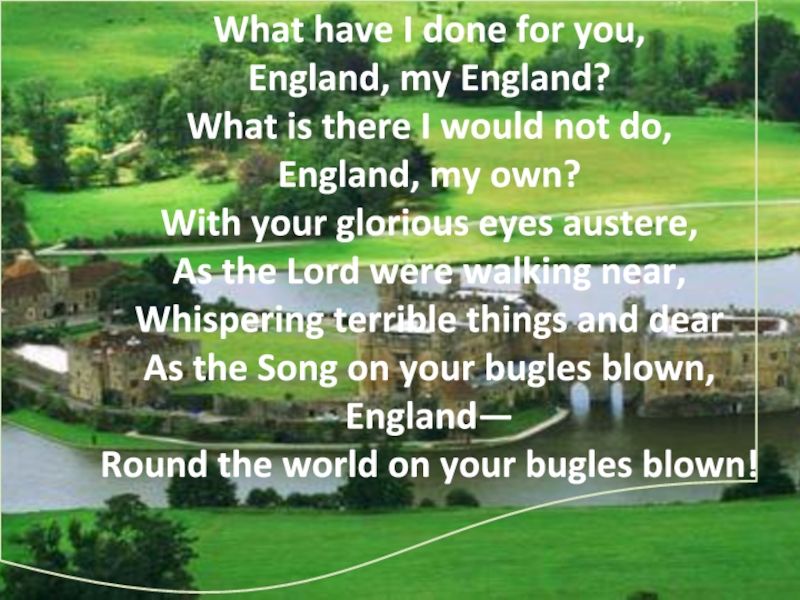 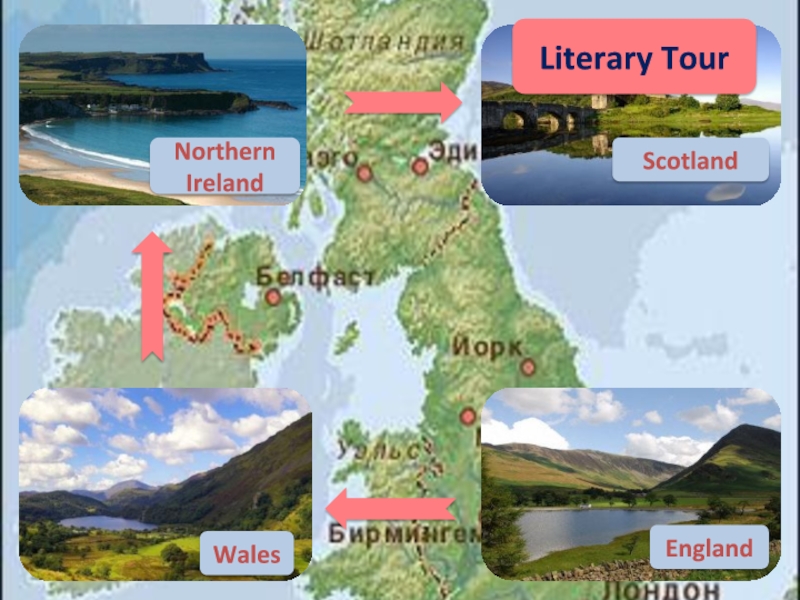 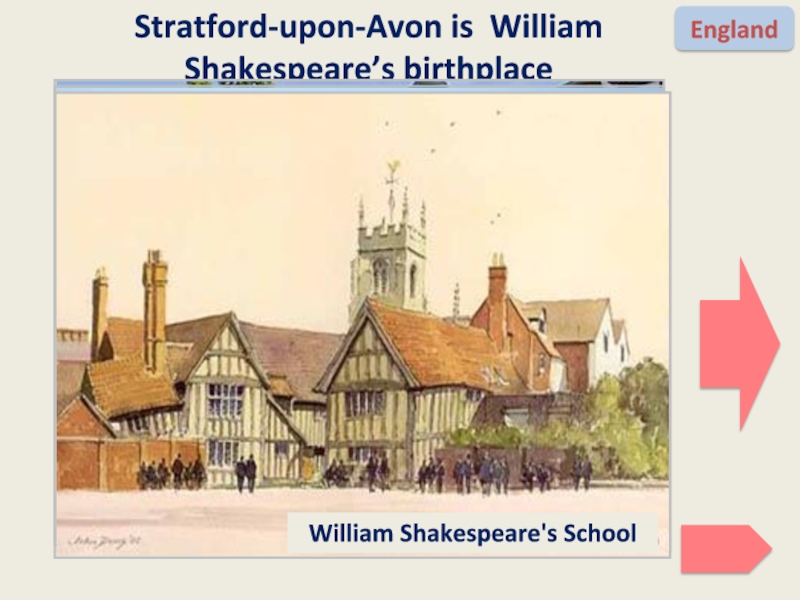 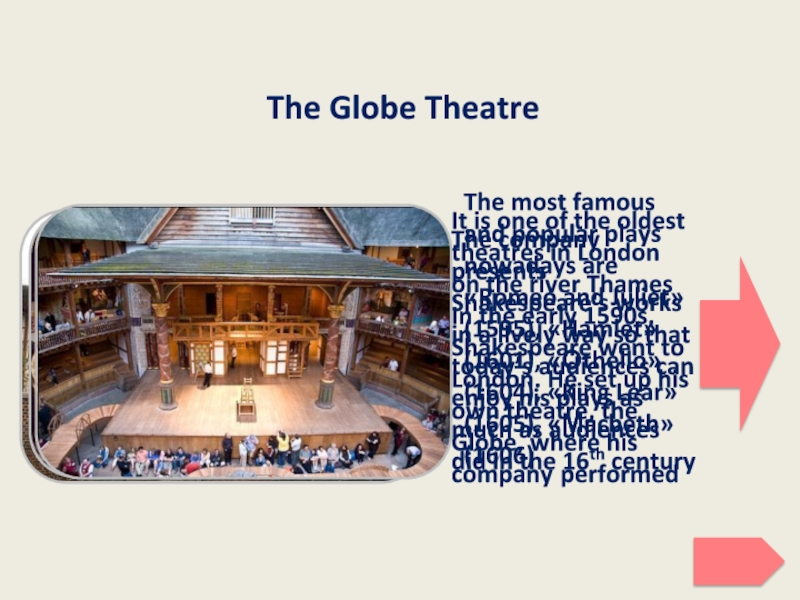 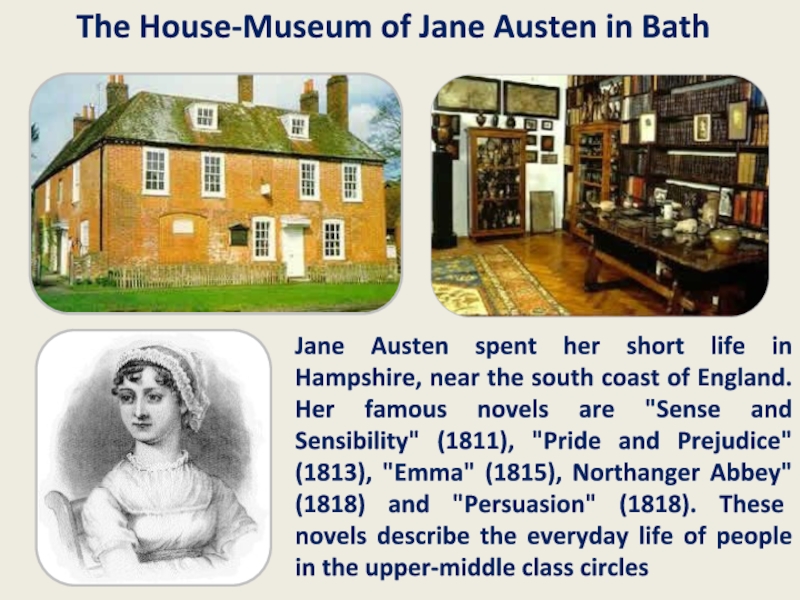 Jane Austen spent her short life in Hampshire, near the south coast of England. Her famous novels are "Sense and Sensibility" (1811), "Pride and Prejudice" (1813), "Emma" (1815), Northanger Abbey" (1818) and "Persuasion" (1818). These novels describe the everyday life of people in the upper-middle class circles
.

The House-Museum of Jane Austen in Bath 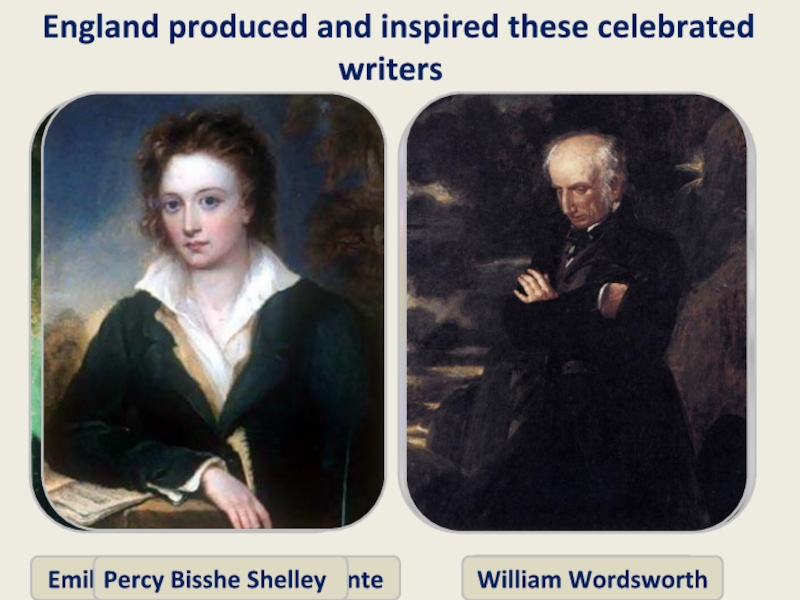 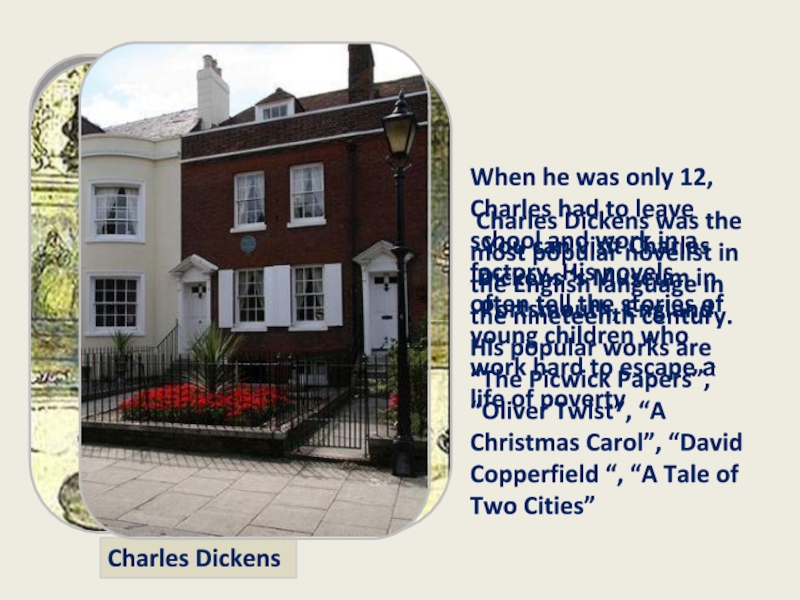 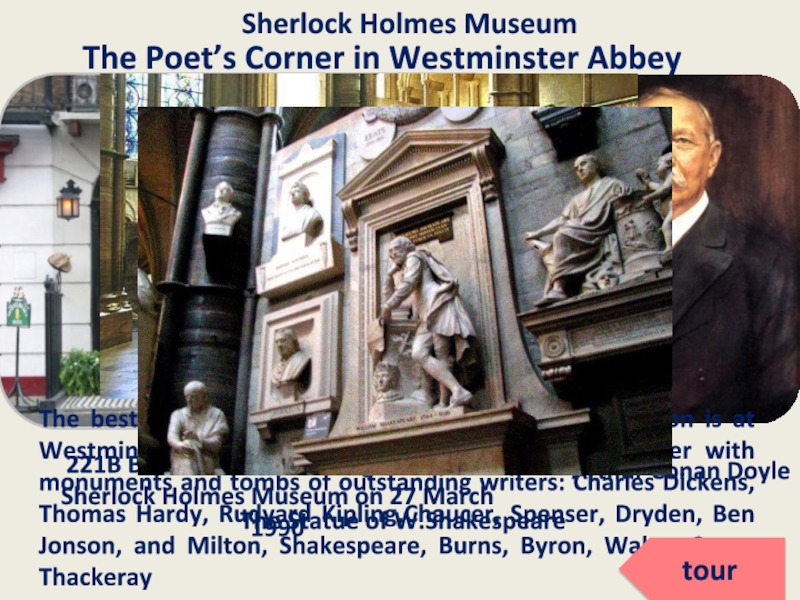 The Poet’s Corner in Westminster Abbey 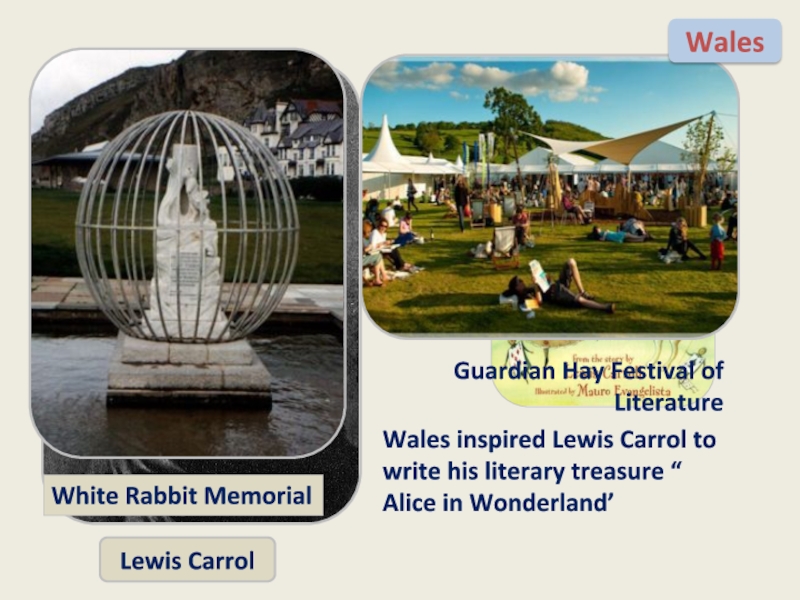 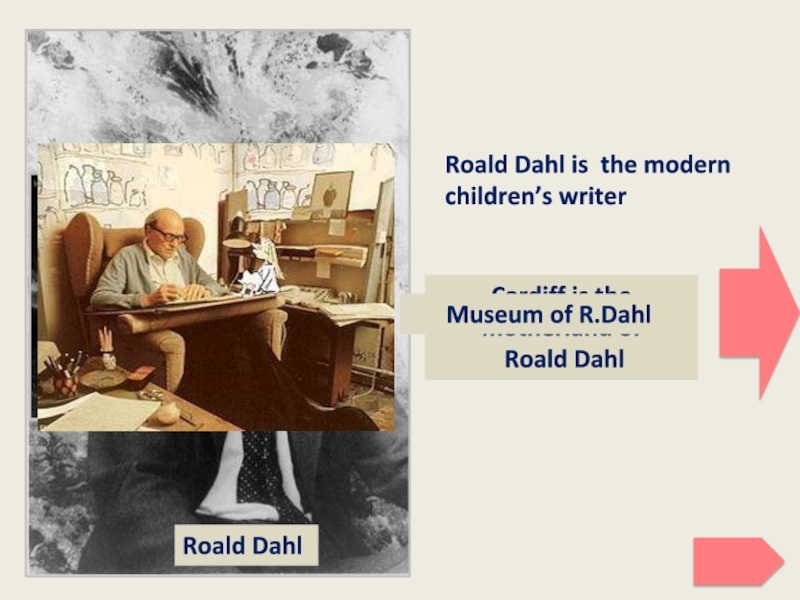 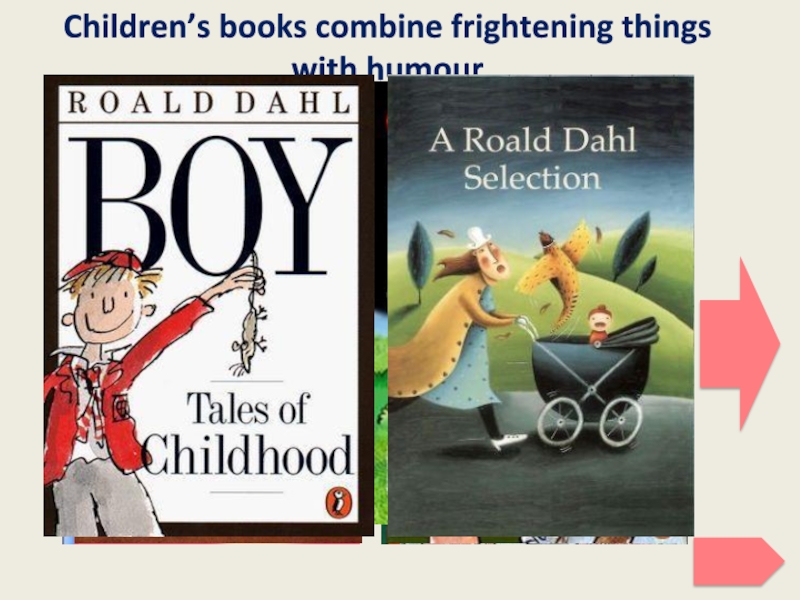 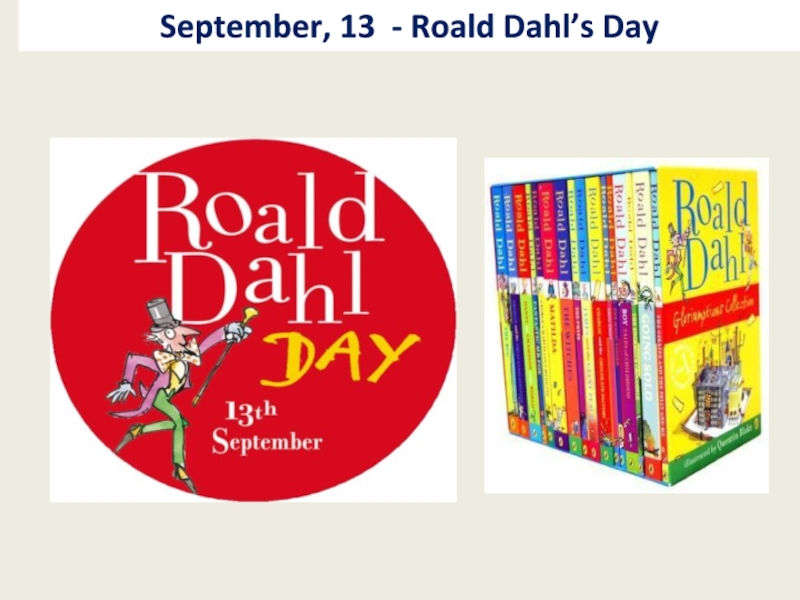 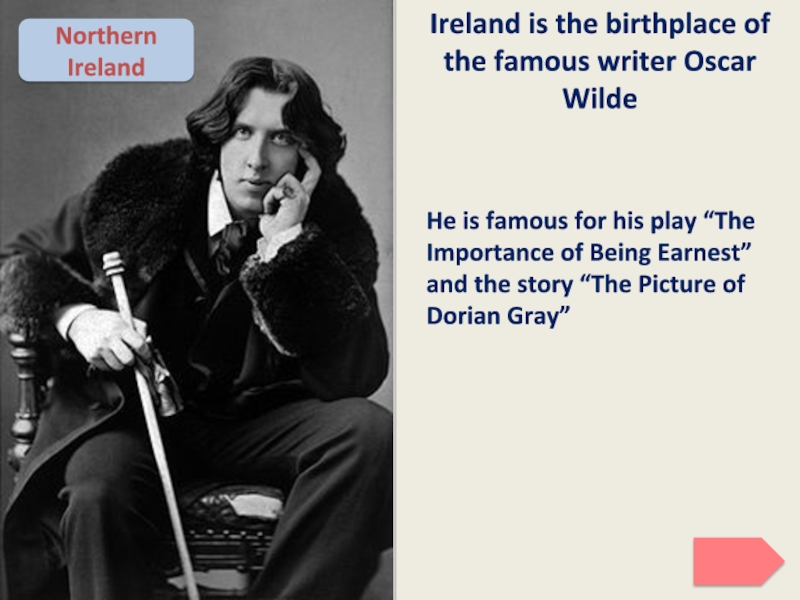 Ireland is the birthplace of the famous writer Oscar Wilde 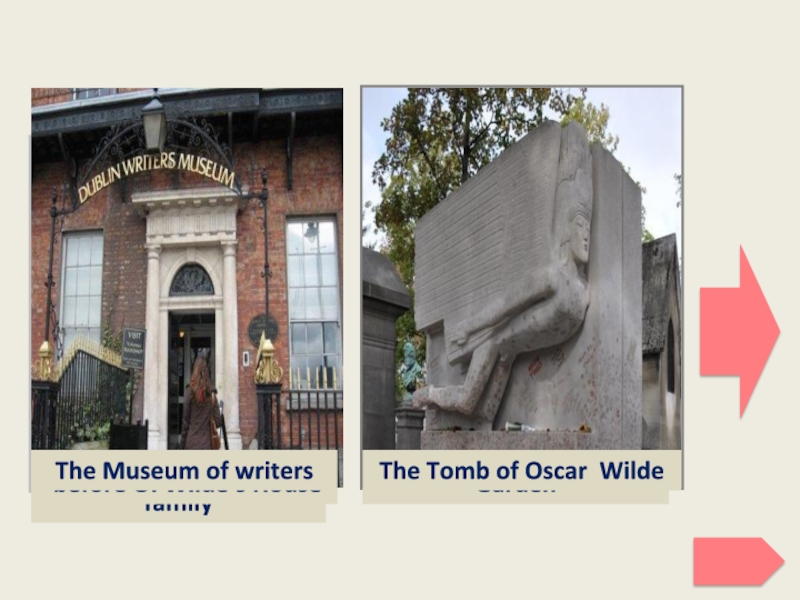 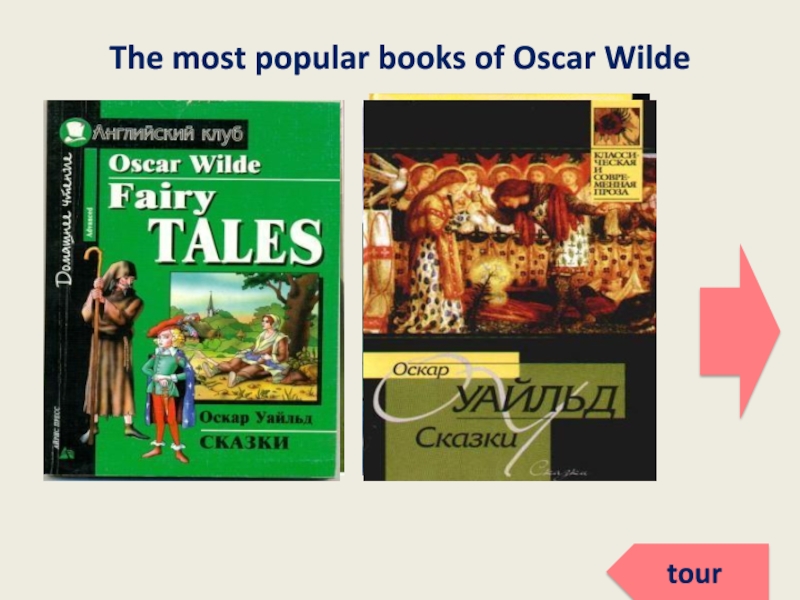 The most popular books of Oscar Wilde 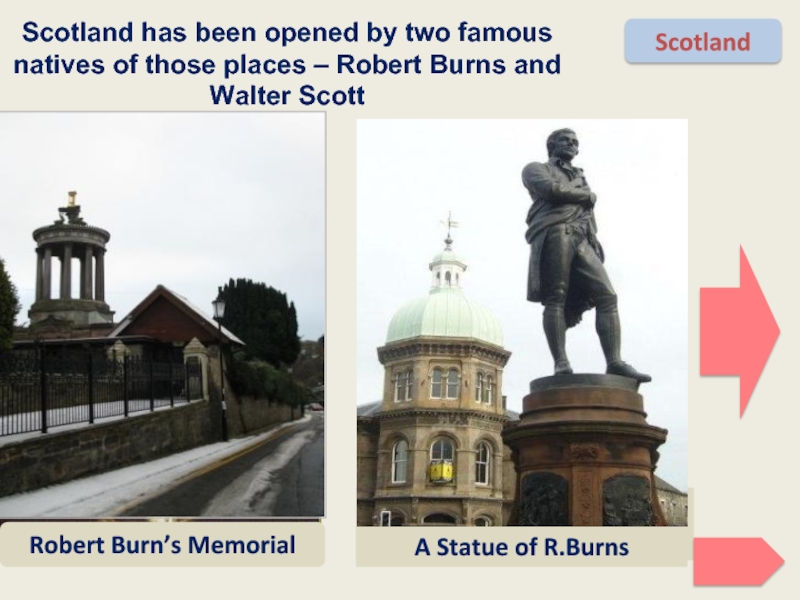 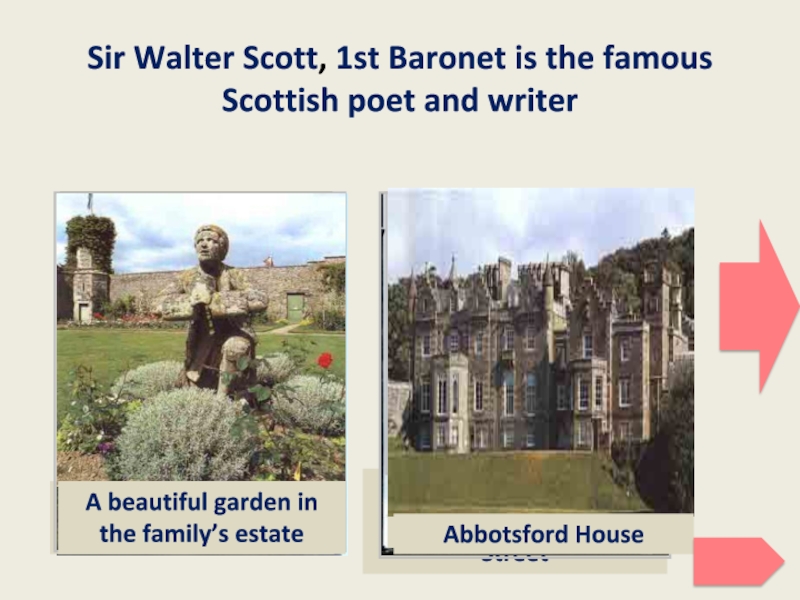 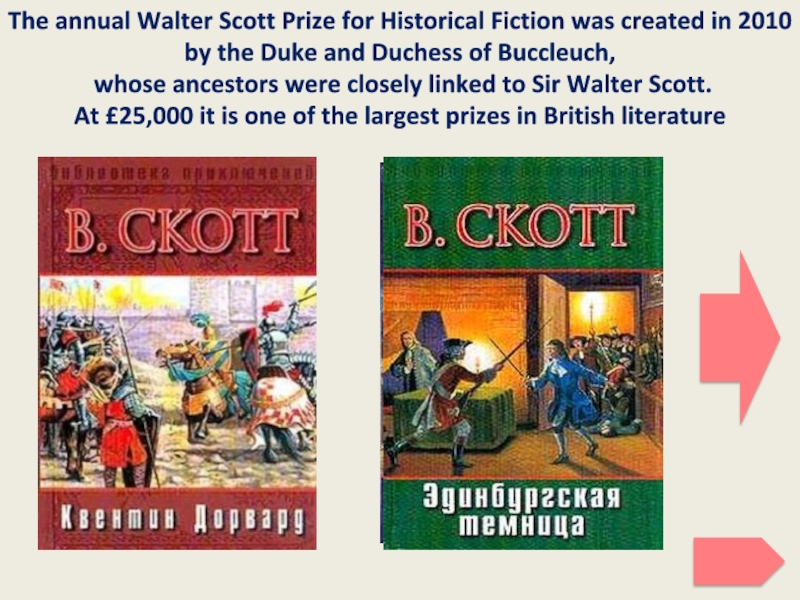 The annual Walter Scott Prize for Historical Fiction was created in 2010 by the Duke and Duchess of Buccleuch,
whose ancestors were closely linked to Sir Walter Scott.
At £25,000 it is one of the largest prizes in British literature 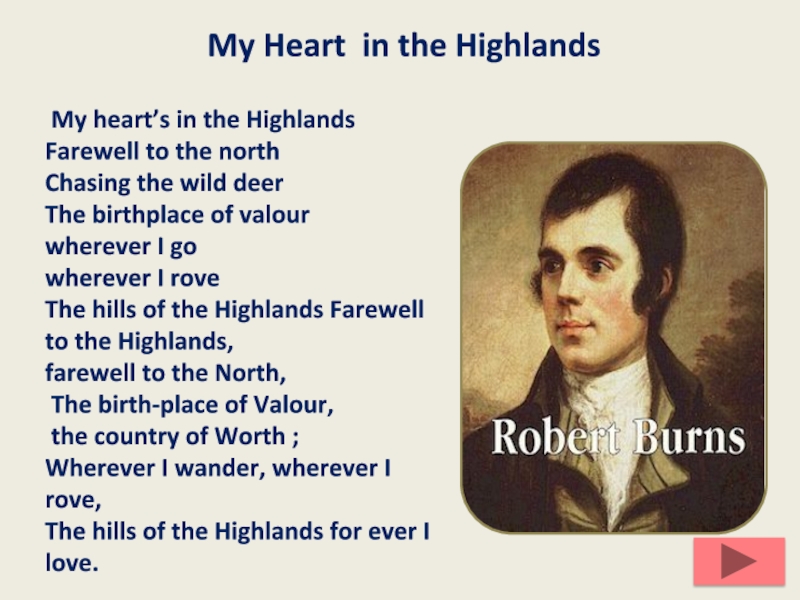 My Heart in the Highlands 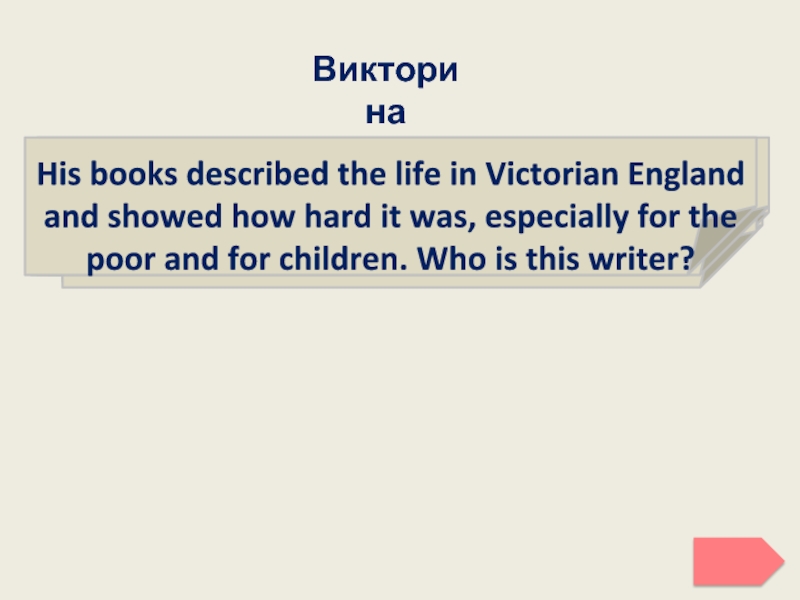 What places are connected with William Shakespeare?

What places in Britain are connected with Jane Austen?

Where is the Poet’s Corner?

What place in Oxford is connected with Lewis Carroll and his story "Alice in Wonderland“?

Where is Conan Doyle’s Museum?

What is 221 Baker Street in London famous for?

Who is the author of the poem “My Heart in the Highlands? What have you known about him?

What country is the motherland of Walter Scott?

What places are connected with Roald Dahl?

What have you known about Oscar Wilde ?

Who was the most popular novelist in the English language in the nineteenth century?

How is the famous Scottish poet R. Burns honoured by Scottish people?

Who wrote “People and Prejudice and Emma”?

His real name was Charles Dodgson. What is his pseudonym?

A popular British writer, especially of children’s books which often combine frightening with humour. Who is this?

His books described the life in Victorian England and showed how hard it was, especially for the poor and for children. Who is this writer? 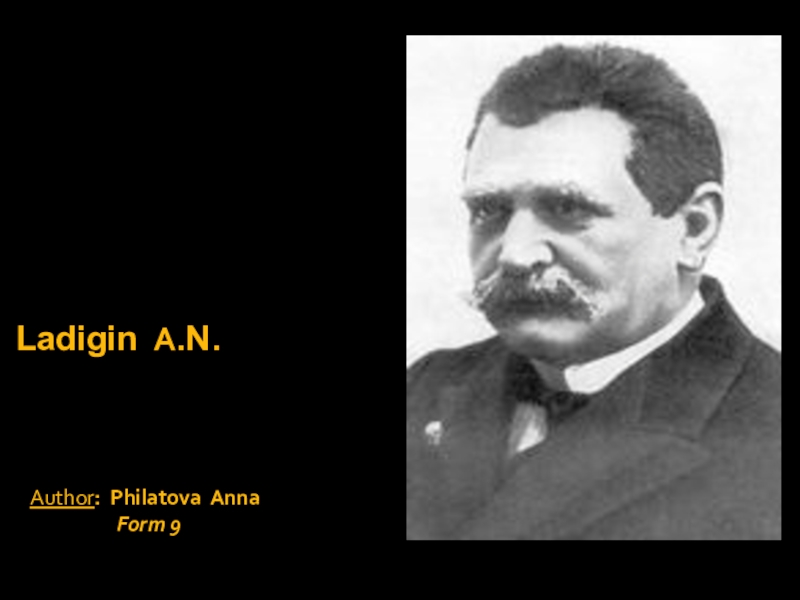 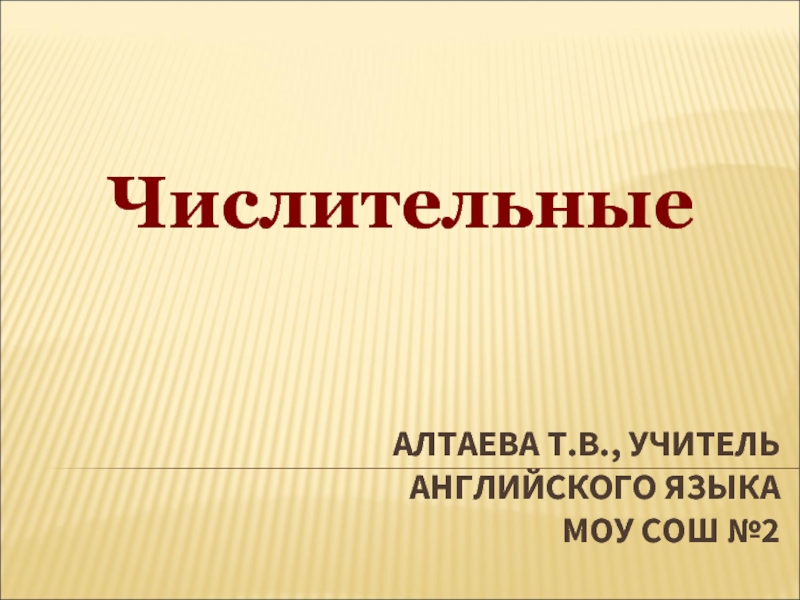 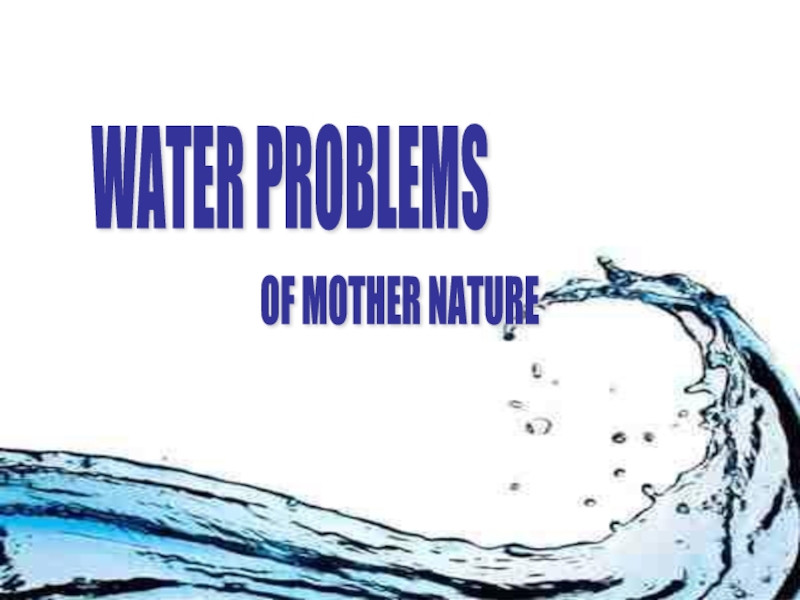 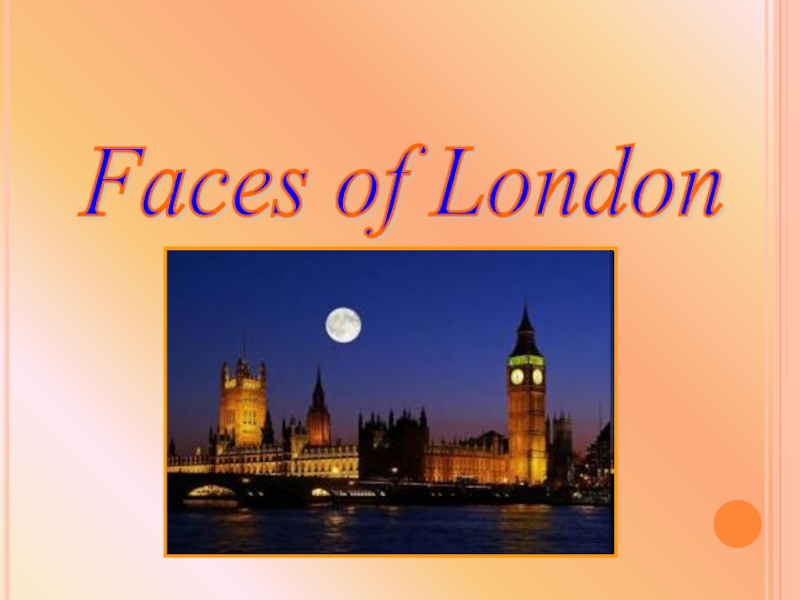 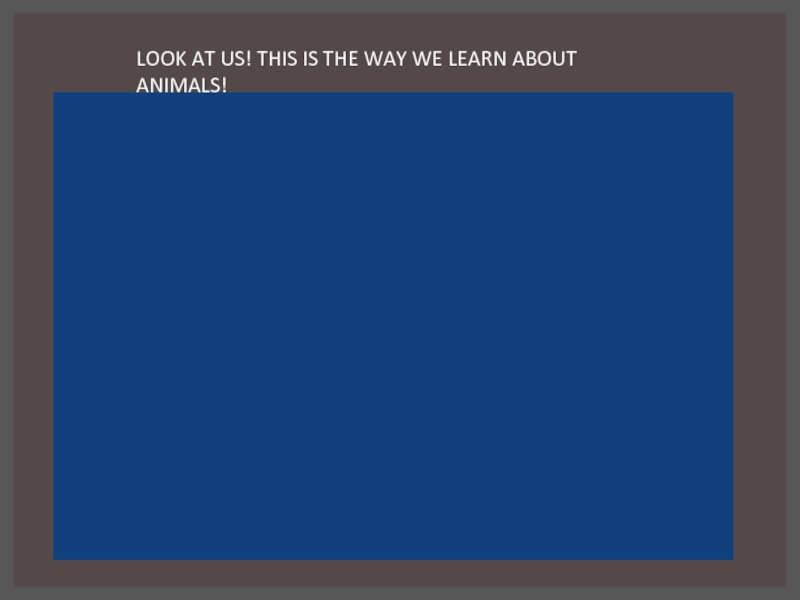 Animals are our friends 84 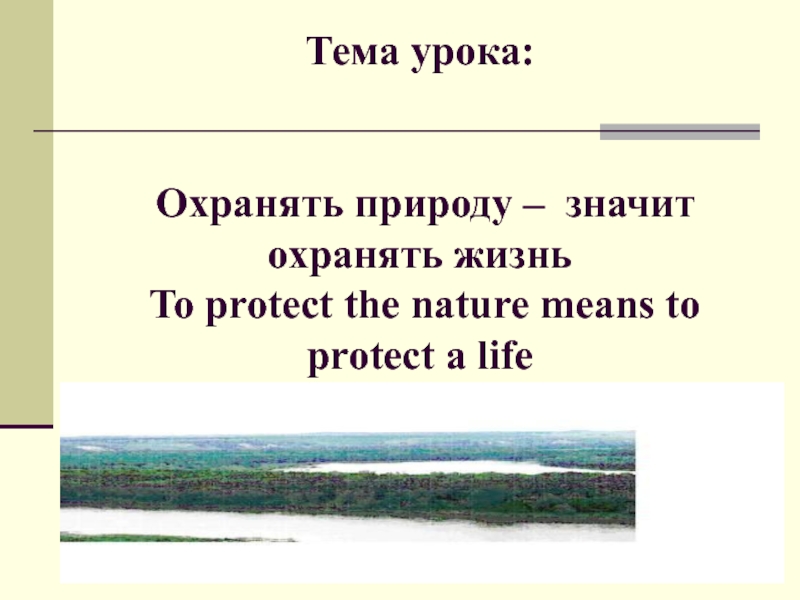 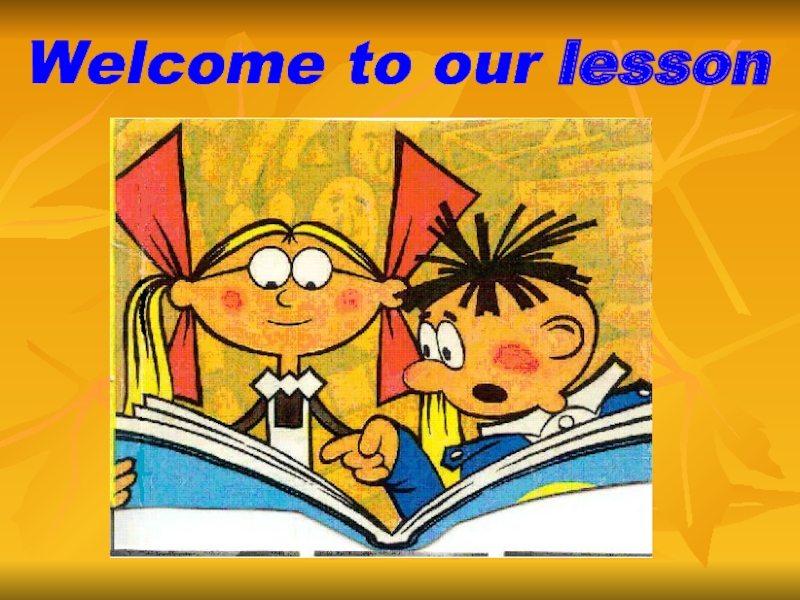 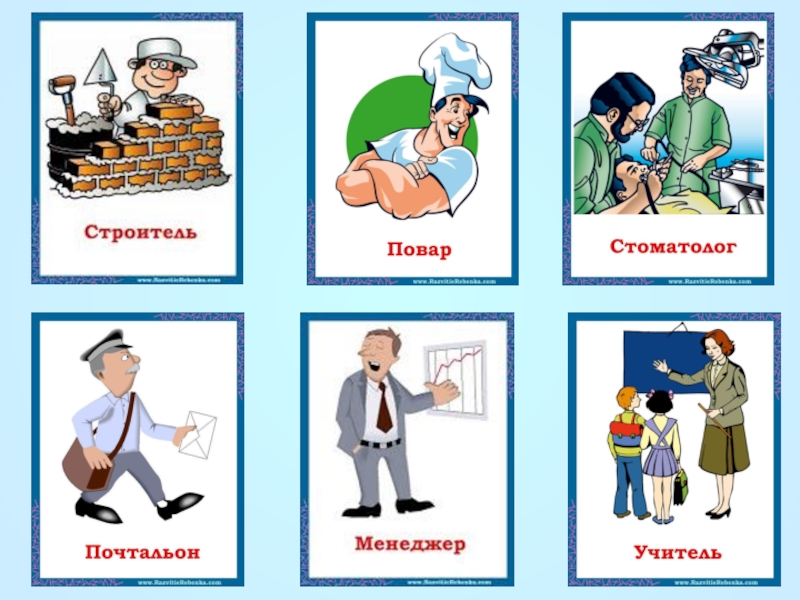 In the World of Professions 129