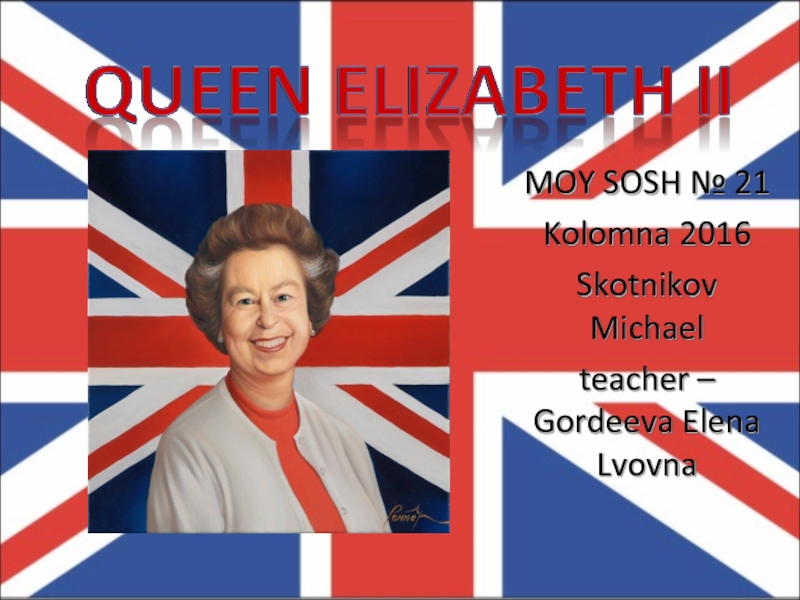 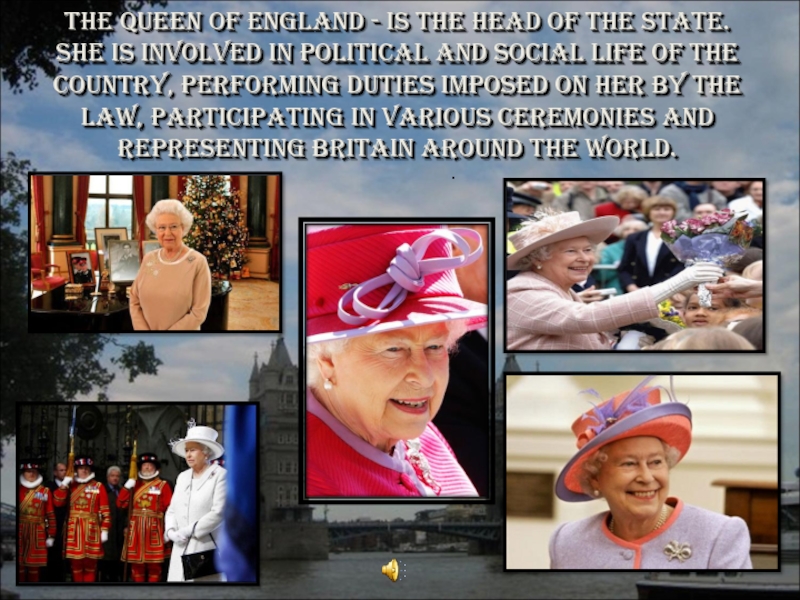 The Queen of England - is the head of the state. She is involved in political and social life of the country, performing duties imposed on her by the law, participating in various ceremonies and representing Britain around the world. 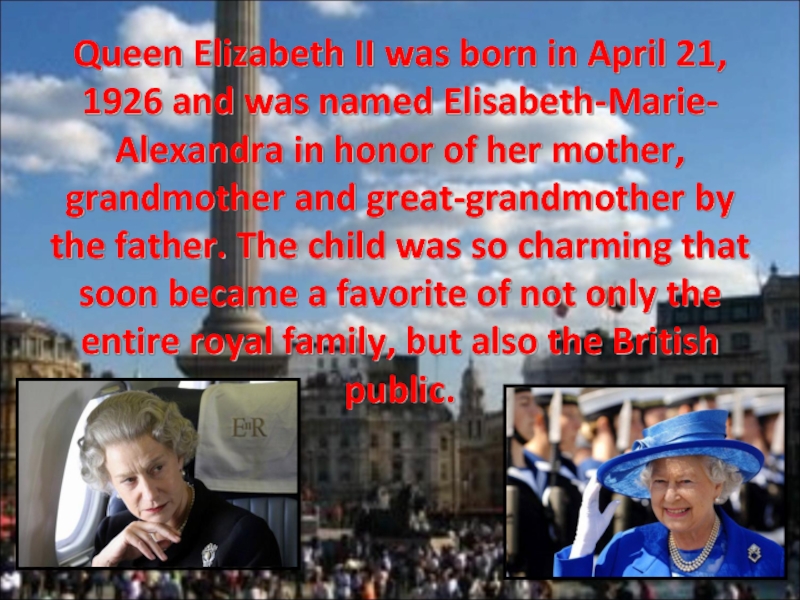 Queen Elizabeth II was born in April 21, 1926 and was named Elisabeth-Marie-Alexandra in honor of her mother, grandmother and great-grandmother by the father. The child was so charming that soon became a favorite of not only the entire royal family, but also the British public. 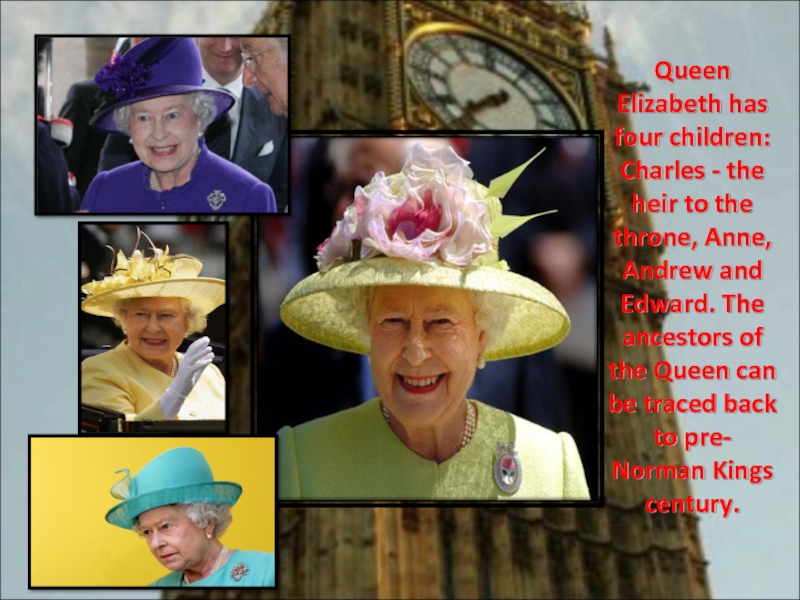 Queen Elizabeth has four children: Charles - the heir to the throne, Anne, Andrew and Edward. The ancestors of the Queen can be traced back to pre-Norman Kings century. 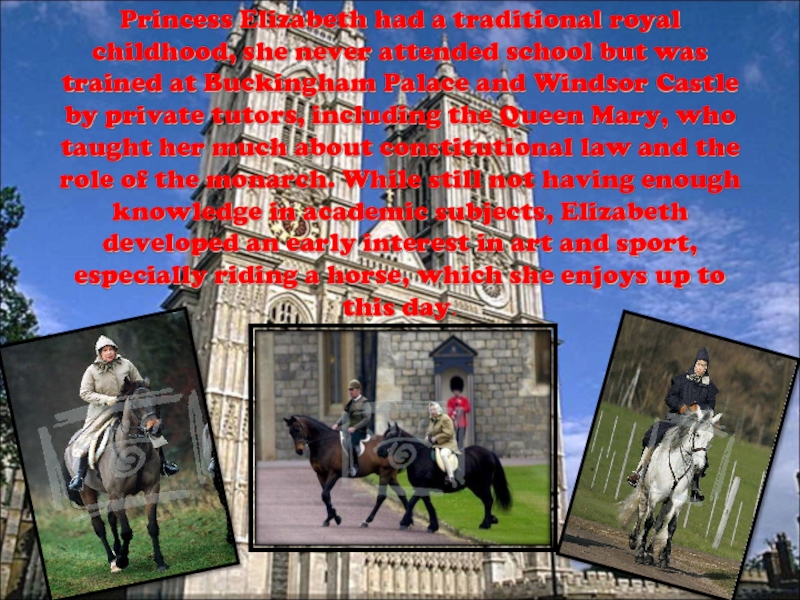 Princess Elizabeth had a traditional royal childhood, she never attended school but was trained at Buckingham Palace and Windsor Castle by private tutors, including the Queen Mary, who taught her much about constitutional law and the role of the monarch. While still not having enough knowledge in academic subjects, Elizabeth developed an early interest in art and sport, especially riding a horse, which she enjoys up to this day. 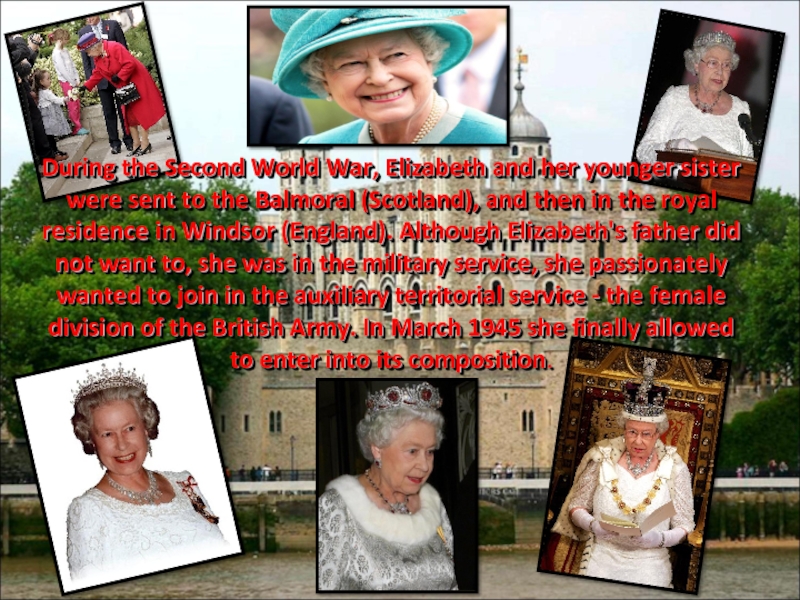 During the Second World War, Elizabeth and her younger sister were sent to the Balmoral (Scotland), and then in the royal residence in Windsor (England). Although Elizabeth's father did not want to, she was in the military service, she passionately wanted to join in the auxiliary territorial service - the female division of the British Army. In March 1945 she finally allowed to enter into its composition. 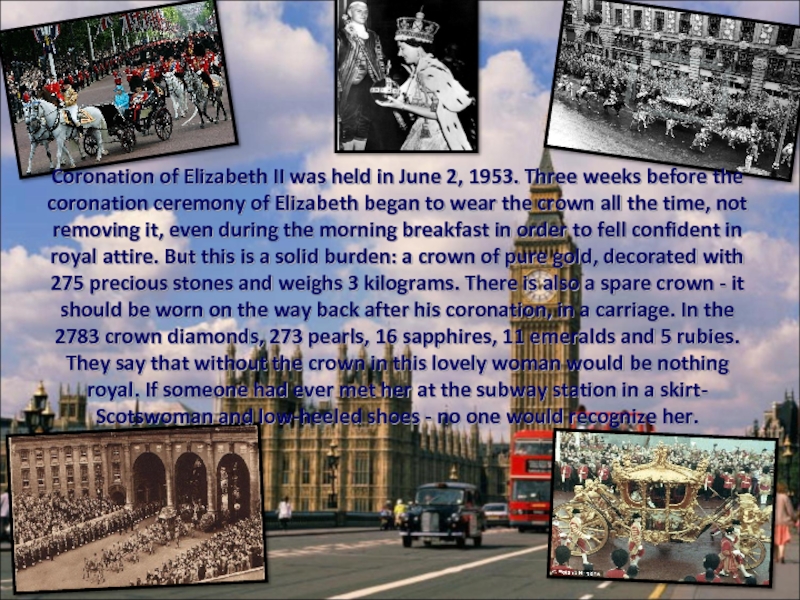 Coronation of Elizabeth II was held in June 2, 1953. Three weeks before the coronation ceremony of Elizabeth began to wear the crown all the time, not removing it, even during the morning breakfast in order to fell confident in royal attire. But this is a solid burden: a crown of pure gold, decorated with 275 precious stones and weighs 3 kilograms. There is also a spare crown - it should be worn on the way back after his coronation, in a carriage. In the 2783 crown diamonds, 273 pearls, 16 sapphires, 11 emeralds and 5 rubies. They say that without the crown in this lovely woman would be nothing royal. If someone had ever met her at the subway station in a skirt-Scotswoman and low-heeled shoes - no one would recognize her. 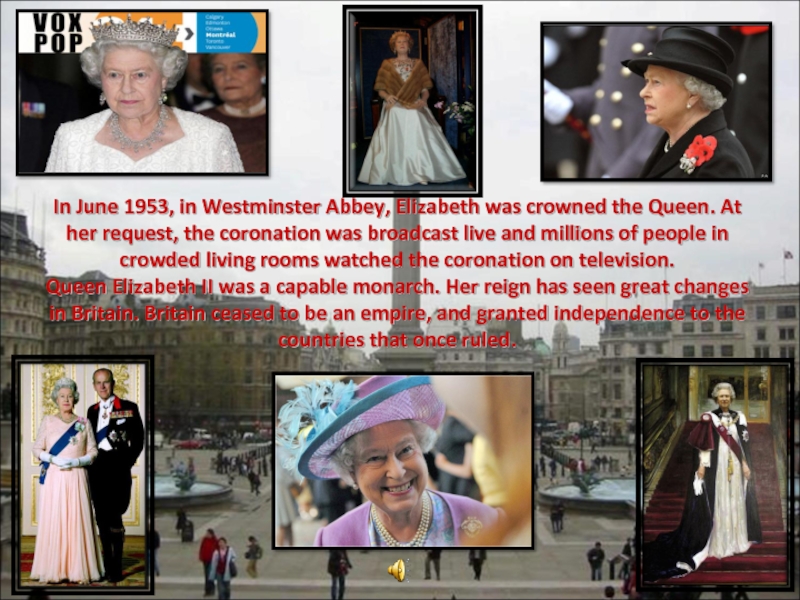 In June 1953, in Westminster Abbey, Elizabeth was crowned the Queen. At her request, the coronation was broadcast live and millions of people in crowded living rooms watched the coronation on television. Queen Elizabeth II was a capable monarch. Her reign has seen great changes in Britain. Britain ceased to be an empire, and granted independence to the countries that once ruled. 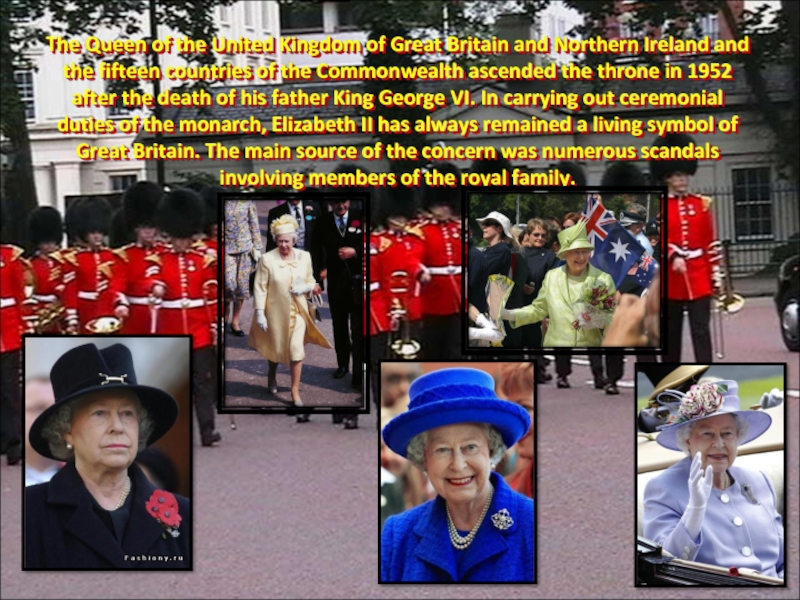 The Queen of the United Kingdom of Great Britain and Northern Ireland and the fifteen countries of the Commonwealth ascended the throne in 1952 after the death of his father King George VI. In carrying out ceremonial duties of the monarch, Elizabeth II has always remained a living symbol of Great Britain. The main source of the concern was numerous scandals involving members of the royal family. 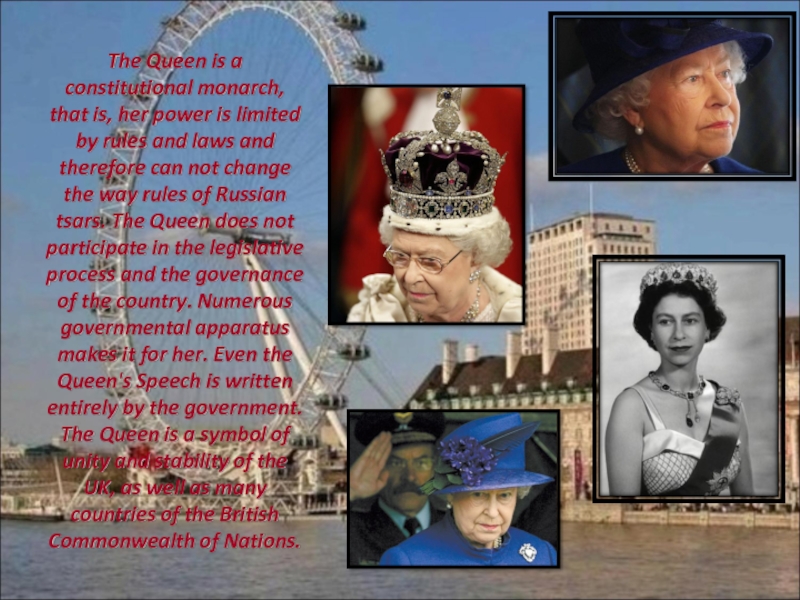 The Queen is a constitutional monarch, that is, her power is limited by rules and laws and therefore can not change the way rules of Russian tsars. The Queen does not participate in the legislative process and the governance of the country. Numerous governmental apparatus makes it for her. Even the Queen's Speech is written entirely by the government. The Queen is a symbol of unity and stability of the UK, as well as many countries of the British Commonwealth of Nations. 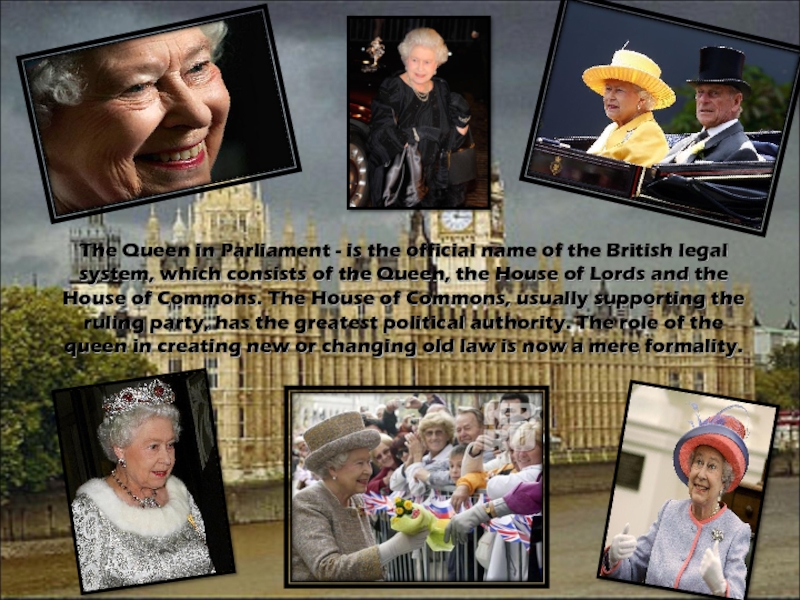 The Queen in Parliament - is the official name of the British legal system, which consists of the Queen, the House of Lords and the House of Commons. The House of Commons, usually supporting the ruling party, has the greatest political authority. The role of the queen in creating new or changing old law is now a mere formality. 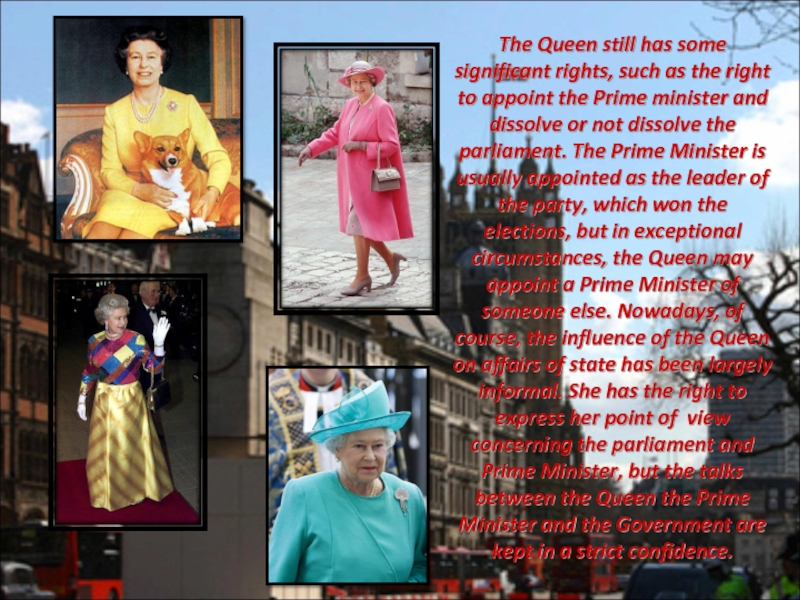 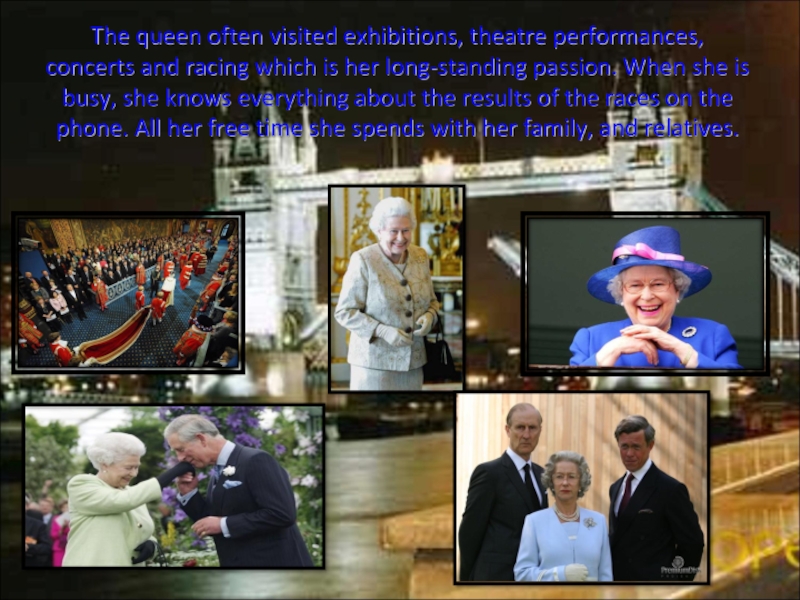 The queen often visited exhibitions, theatre performances, concerts and racing which is her long-standing passion. When she is busy, she knows everything about the results of the races on the phone. All her free time she spends with her family, and relatives. 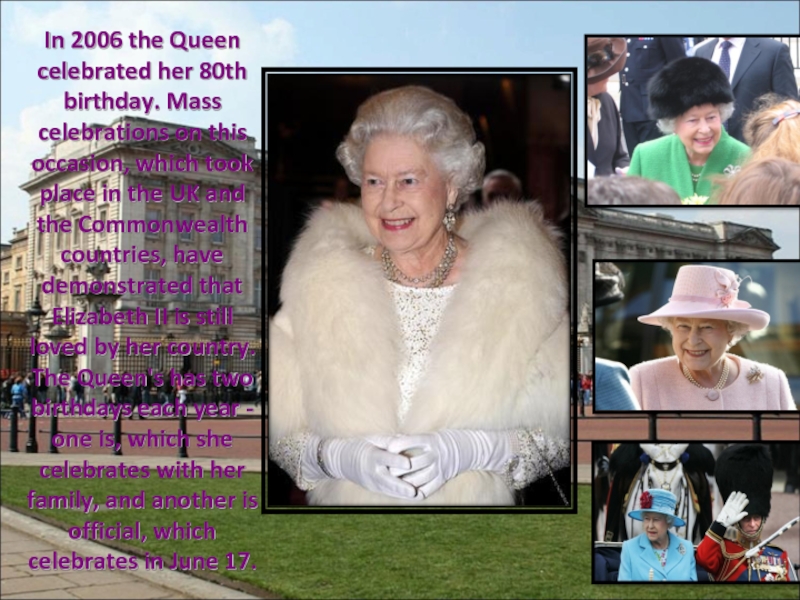 In 2006 the Queen celebrated her 80th birthday. Mass celebrations on this occasion, which took place in the UK and the Commonwealth countries, have demonstrated that Elizabeth II is still loved by her country. The Queen's has two birthdays each year - one is, which she celebrates with her family, and another is official, which celebrates in June 17. 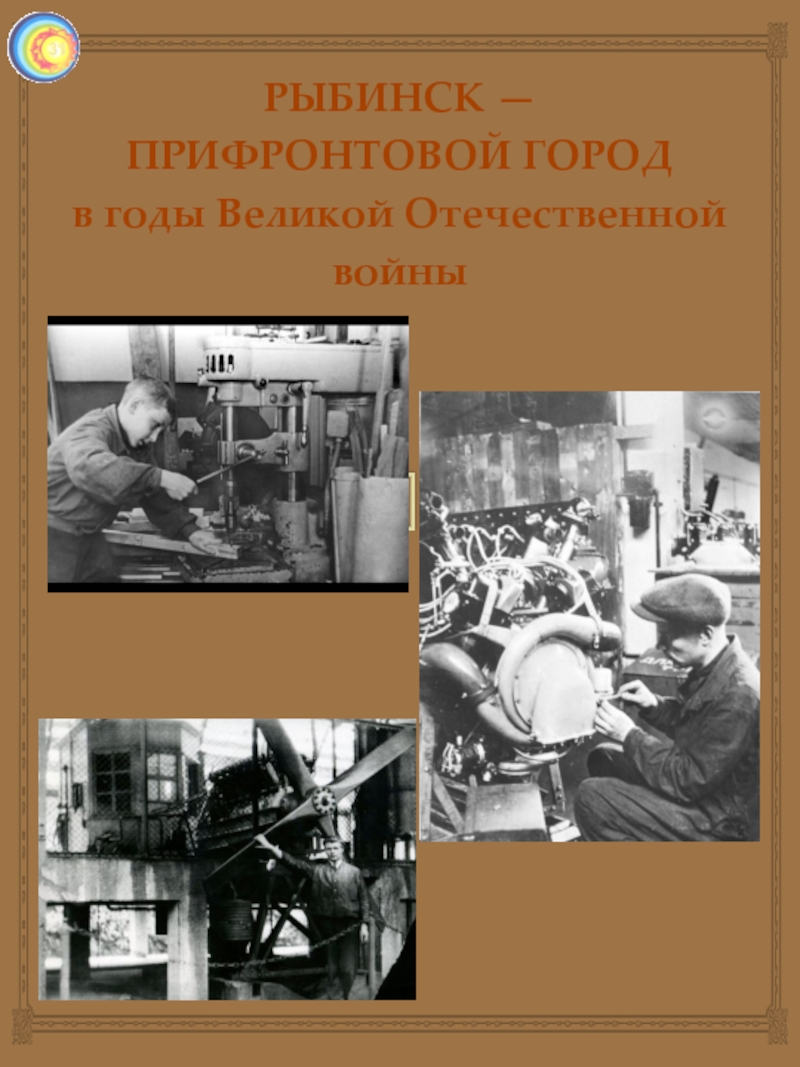 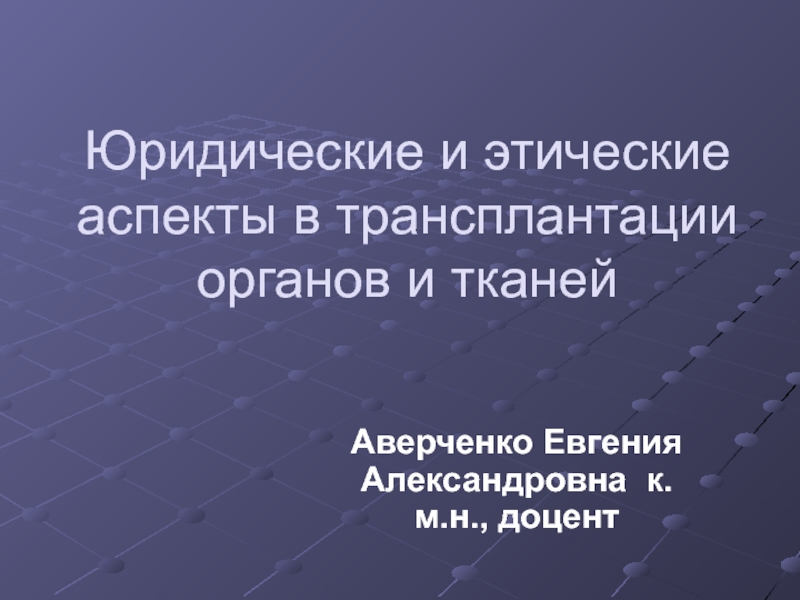 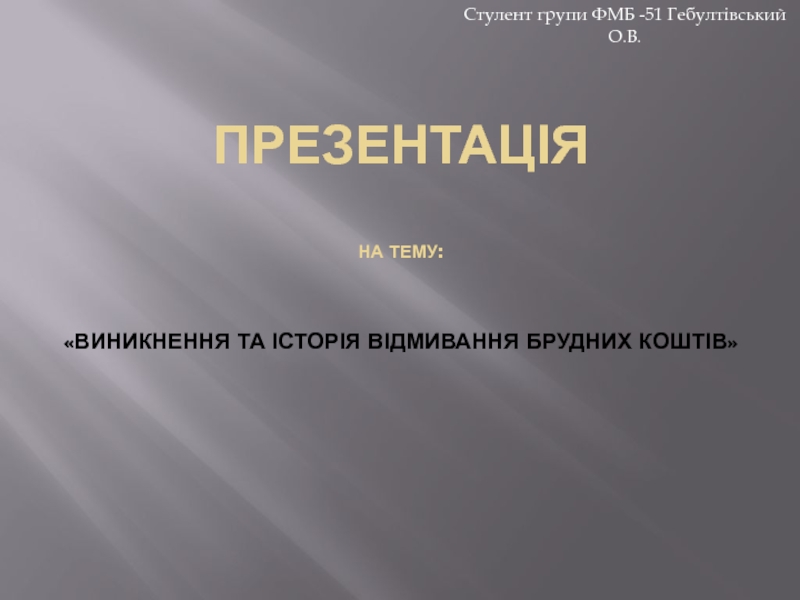 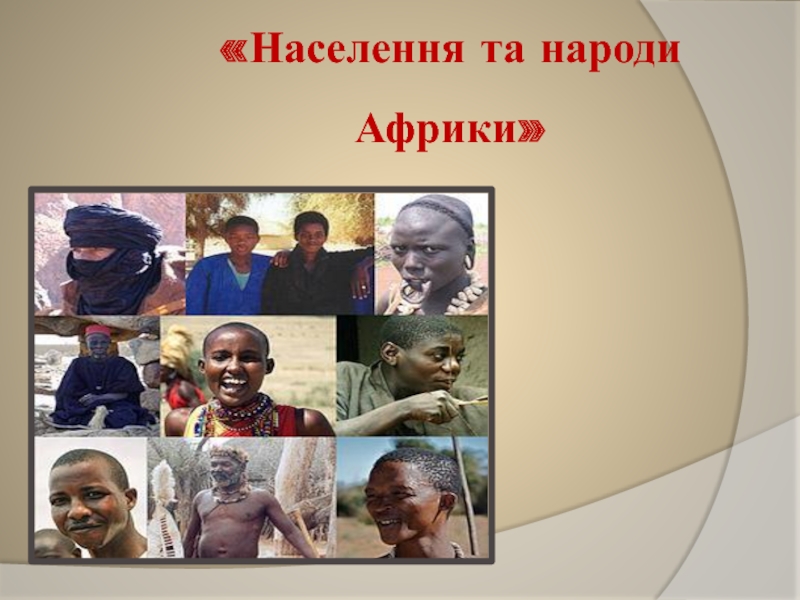 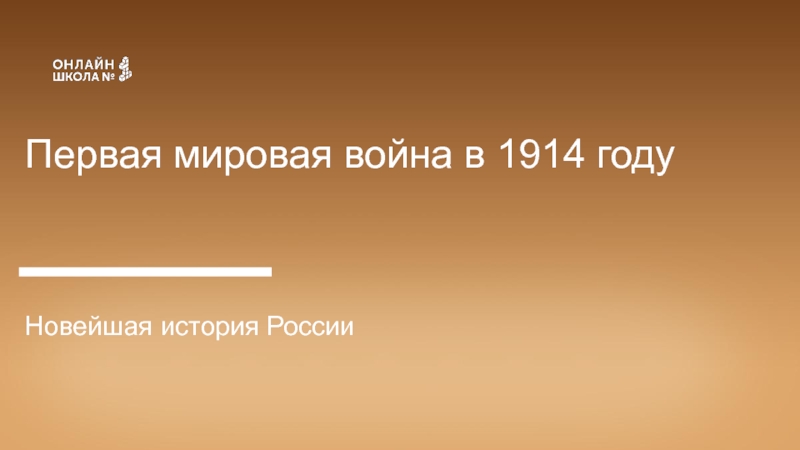 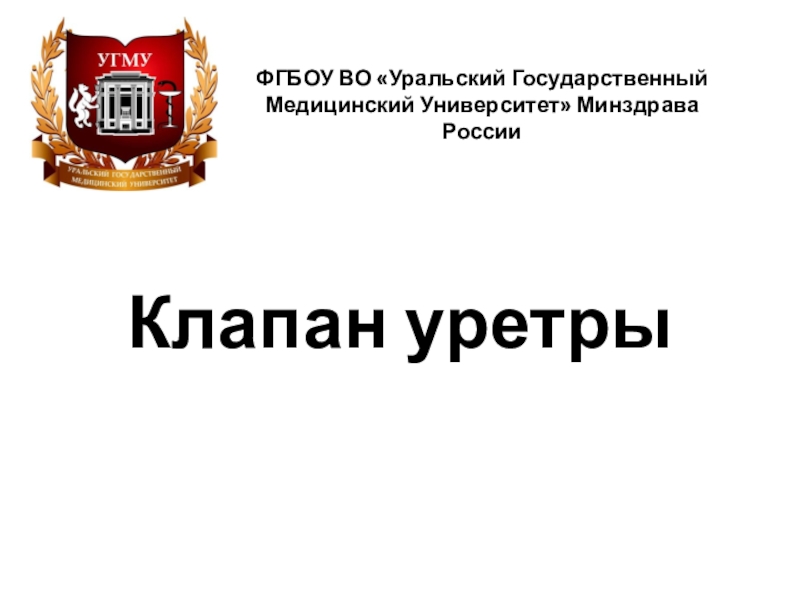 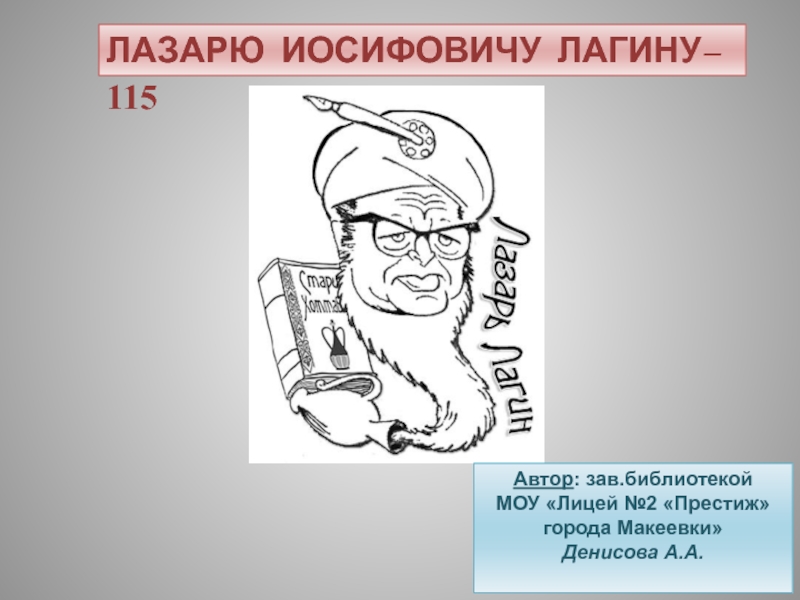