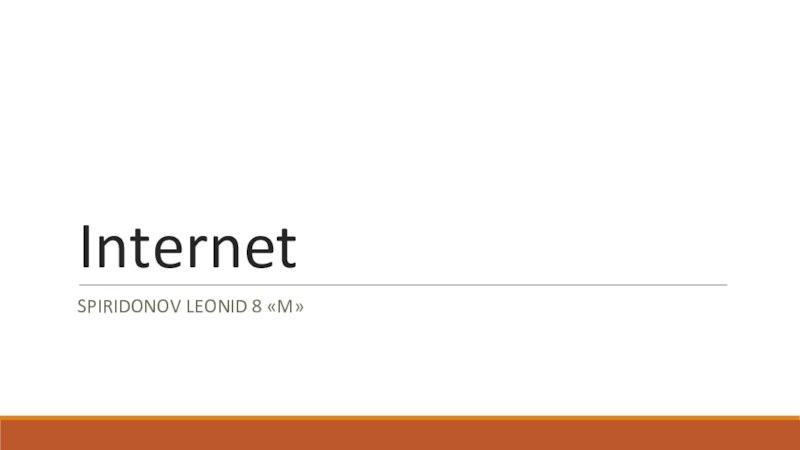 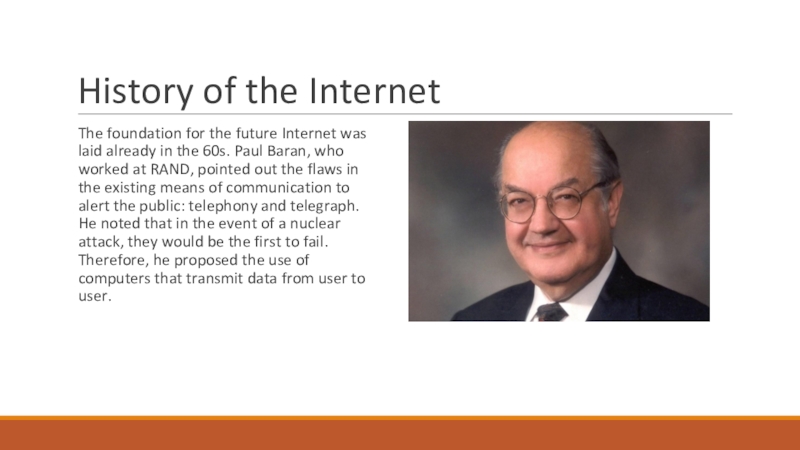 History of the Internet

The foundation for the future Internet was laid already in the 60s. Paul Baran, who worked at RAND, pointed out the flaws in the existing means of communication to alert the public: telephony and telegraph. He noted that in the event of a nuclear attack, they would be the first to fail. Therefore, he proposed the use of computers that transmit data from user to user. 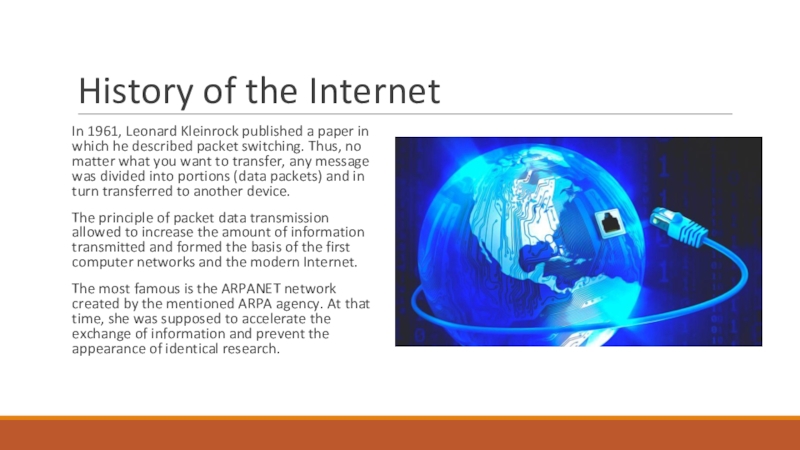 History of the Internet

In 1961, Leonard Kleinrock published a paper in which he described packet switching. Thus, no matter what you want to transfer, any message was divided into portions (data packets) and in turn transferred to another device.
The principle of packet data transmission allowed to increase the amount of information transmitted and formed the basis of the first computer networks and the modern Internet.
The most famous is the ARPANET network created by the mentioned ARPA agency. At that time, she was supposed to accelerate the exchange of information and prevent the appearance of identical research. 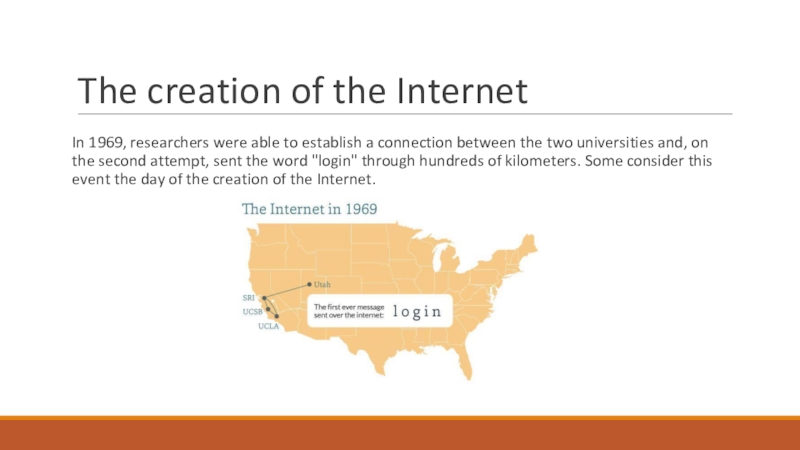 The creation of the Internet

In 1969, researchers were able to establish a connection between the two universities and, on the second attempt, sent the word "login" through hundreds of kilometers. Some consider this event the day of the creation of the Internet. 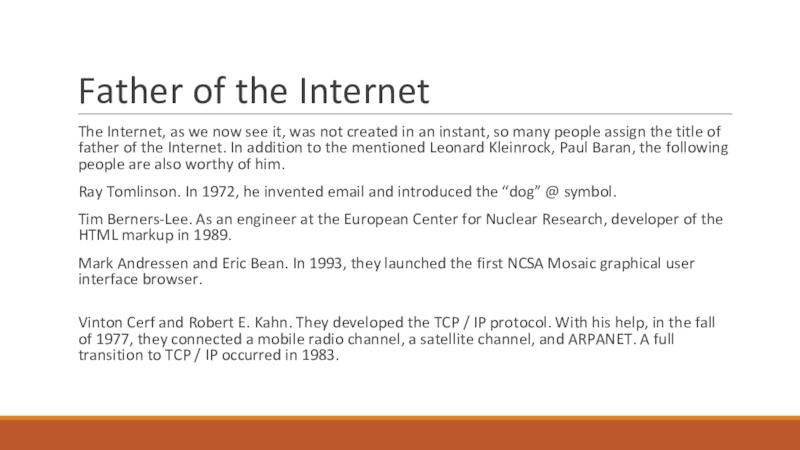 Father of the Internet

The Internet, as we now see it, was not created in an instant, so many people assign the title of father of the Internet. In addition to the mentioned Leonard Kleinrock, Paul Baran, the following people are also worthy of him.
Ray Tomlinson. In 1972, he invented email and introduced the “dog” @ symbol.
Tim Berners-Lee. As an engineer at the European Center for Nuclear Research, developer of the HTML markup in 1989.
Mark Andressen and Eric Bean. In 1993, they launched the first NCSA Mosaic graphical user interface browser.
Vinton Cerf and Robert E. Kahn. They developed the TCP / IP protocol. With his help, in the fall of 1977, they connected a mobile radio channel, a satellite channel, and ARPANET. A full transition to TCP / IP occurred in 1983. 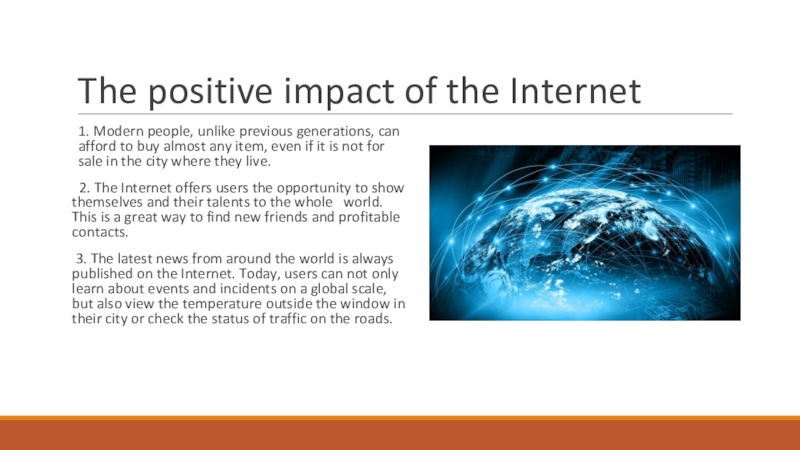 The positive impact of the Internet

1. Modern people, unlike previous generations, can afford to buy almost any item, even if it is not for sale in the city where they live.
2. The Internet offers users the opportunity to show themselves and their talents to the whole world. This is a great way to find new friends and profitable contacts.
3. The latest news from around the world is always published on the Internet. Today, users can not only learn about events and incidents on a global scale, but also view the temperature outside the window in their city or check the status of traffic on the roads. 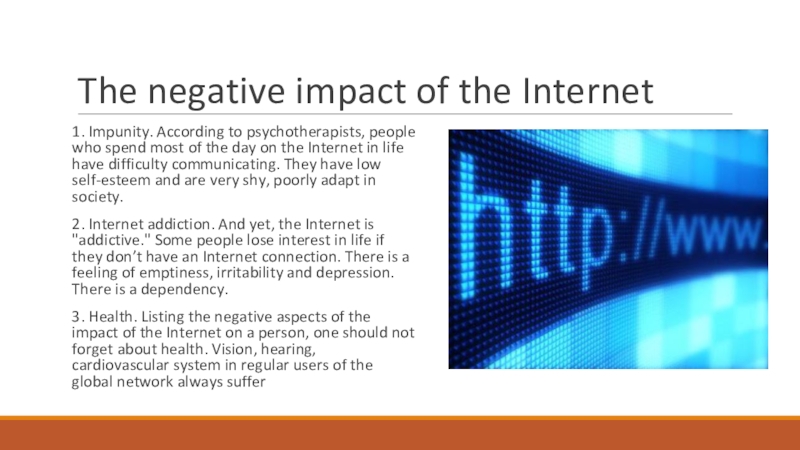 The negative impact of the Internet

1. Impunity. According to psychotherapists, people who spend most of the day on the Internet in life have difficulty communicating. They have low self-esteem and are very shy, poorly adapt in society.
2. Internet addiction. And yet, the Internet is "addictive." Some people lose interest in life if they don’t have an Internet connection. There is a feeling of emptiness, irritability and depression. There is a dependency.
3. Health. Listing the negative aspects of the impact of the Internet on a person, one should not forget about health. Vision, hearing, cardiovascular system in regular users of the global network always suffer 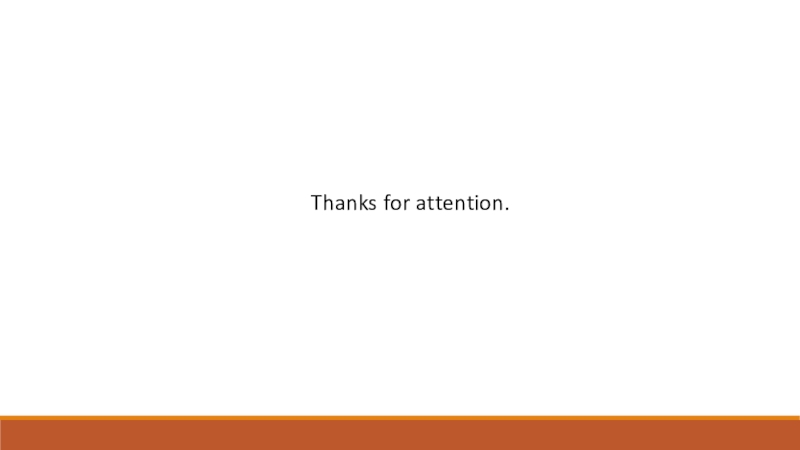 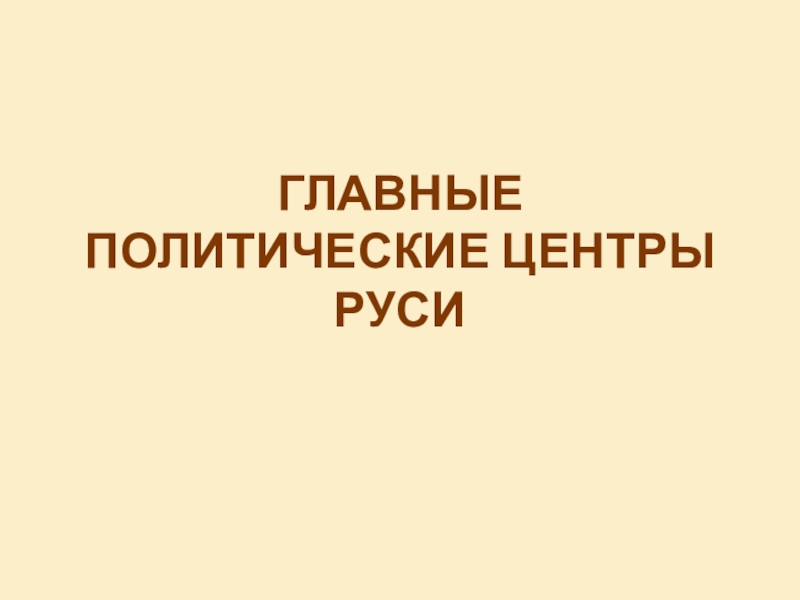 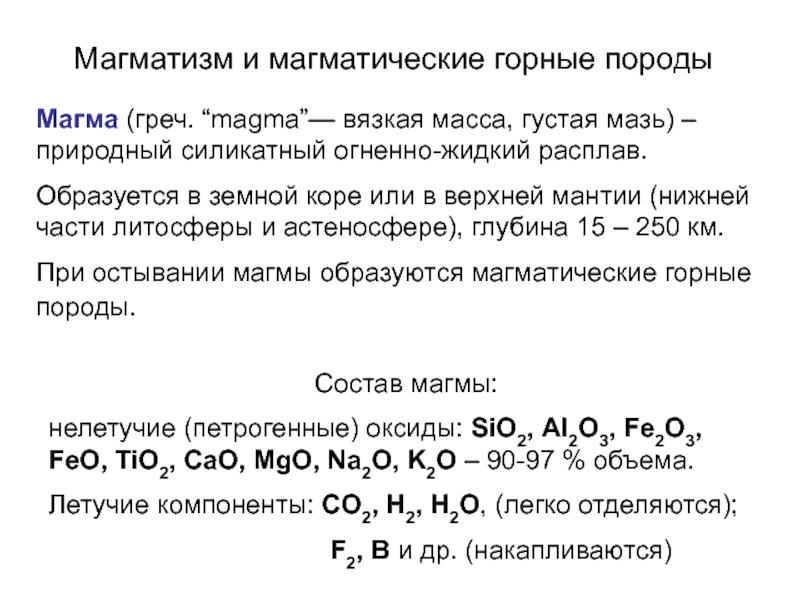 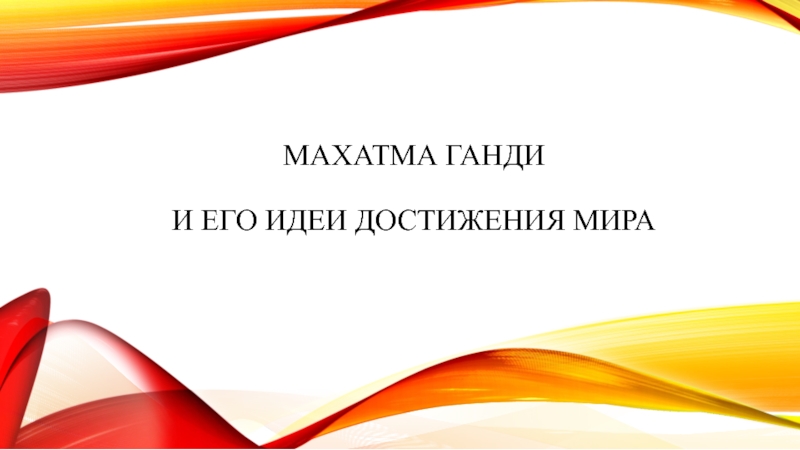 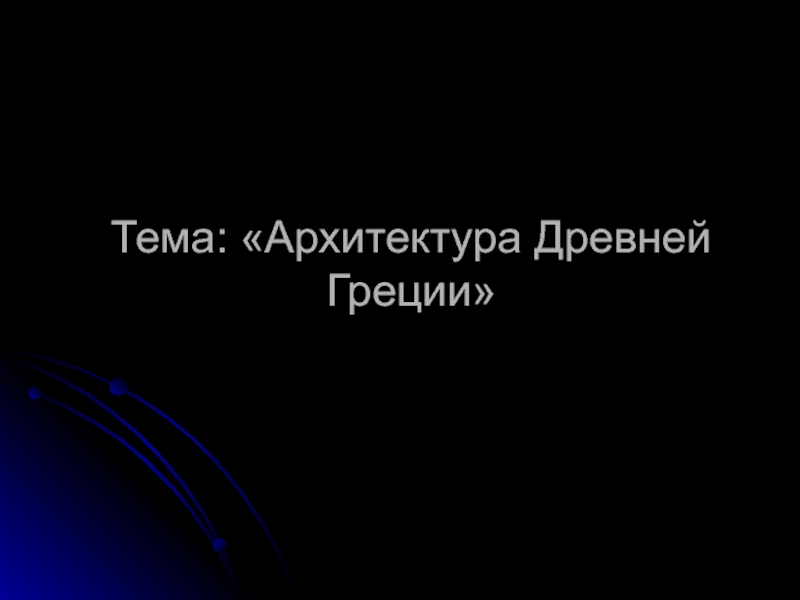 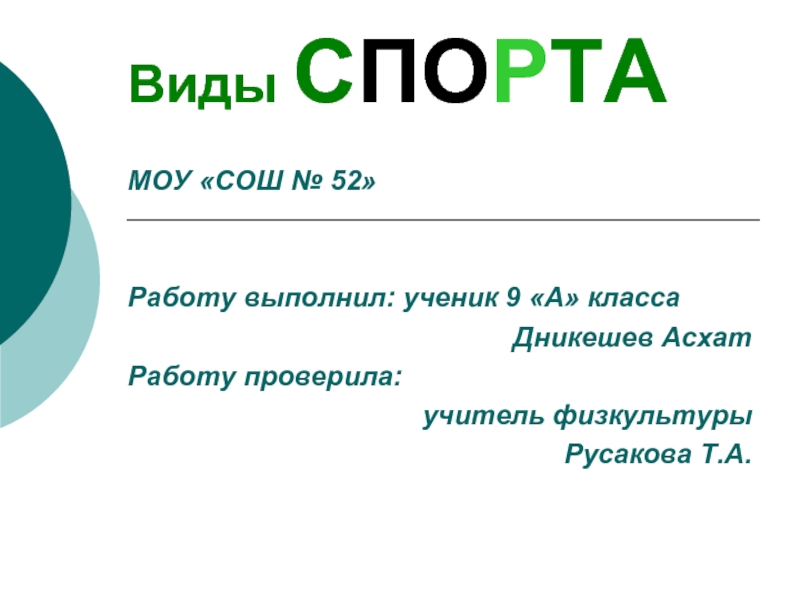 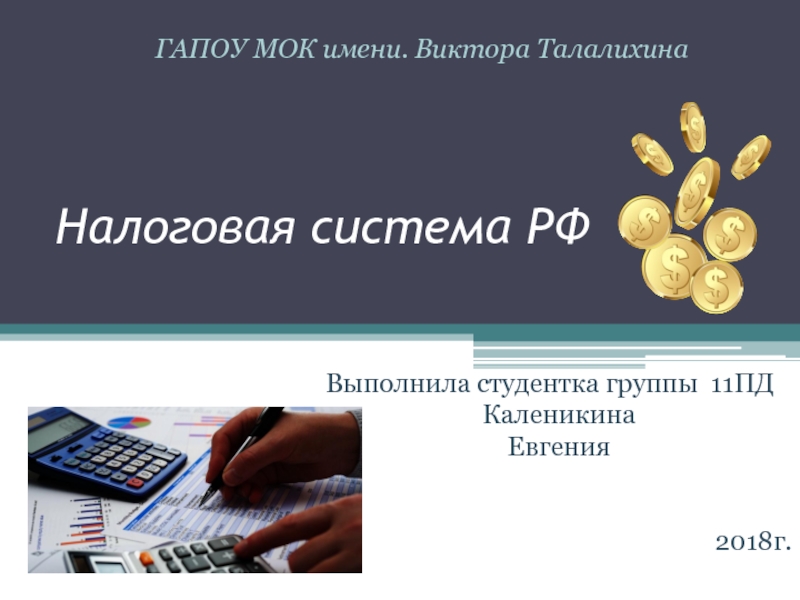 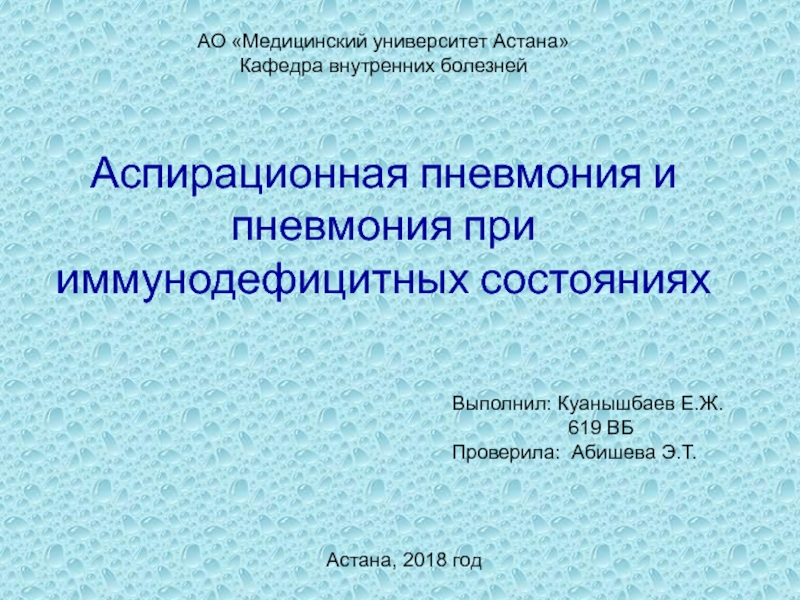 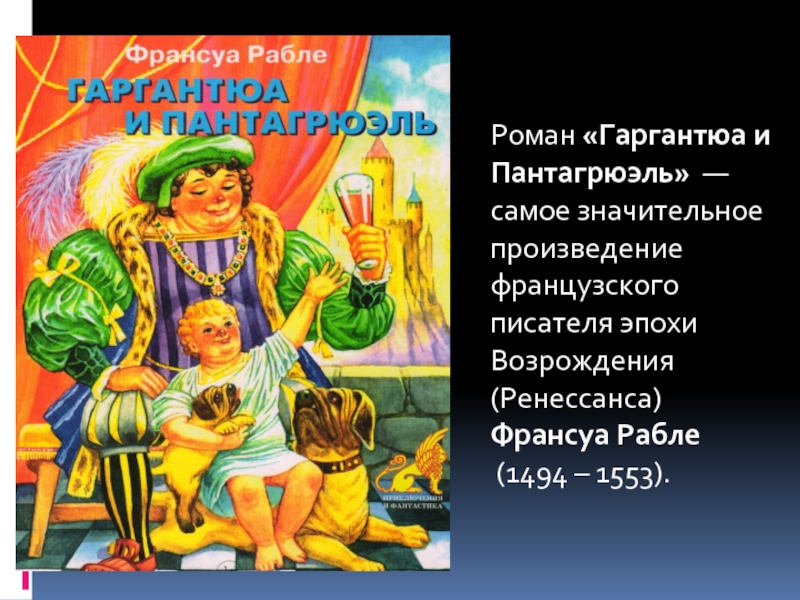